The nightmare in Mexico growing thicker.

Mexican mayoral candidate Alejandro Chavez Zavala was gunned down after a campaign event Thursday afternoon in La Florida, Taretan, as the political violence plaguing the nation continued to escalate ahead of the elections.

At least 113 politicians have been killed in the bloodiest election campaign in Mexico’s modern history, and the violence appears to be intensifying in the final weeks before the July 1 national election.

According to Mexico City-based security consultancy Etellekt, many of the slain candidates were running for local office.

Michael Lettieri, a historian at the Center for U.S.-Mexican Studies at the University of California, San Diego, said: “The risk going forward is that there will be reluctance to participate in local politics because it has become so dangerous.” 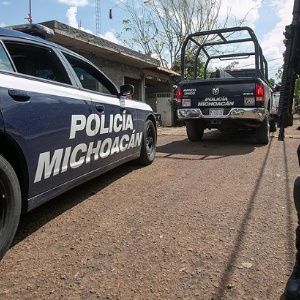 The second politician murdered within a week, Alejandro Chavez Zavala's death brings the total number of candidates killed since September to 114.

wonder why people want to flee…

When you read this kind of stuff the whole “Should stay and make it better” non-sense start to not make sense people are trying to make it better and in less then a year 114 of them were brutally murdered for trying.

This can’t possibly be true, after all MX has much more restrictive gun laws than the US.

Were they beaten to death with hammers?

And yet you folks make it all about the guns every time we have a high profile shooting in the US.

Several thousands were killed each year making the US a free country during our revolution and hundreds of thousands during our American Civil war.

Our ancestors didn’t flee they fought to be free.

What would you do or what would you want international community help you do if in America 114 political candidates where killed in a single year?

My European ancestors weren’t fleeing violence and oppression in Europe, they came to the US for economic opportunity.

When the violence and oppression became intolerable here they organized and drove the oppressors out in a bloody revolution.

The international community can stay the hell out of it and let us work it out among ourselves.

so we should sit back and let Mexico collapse under the pressure of drug cartels?

The only crying I see is your own.

You can do whatever the hell you want.

Buy a truckload of guns, drive down there and start a revolution if it suits you.

so the international community should just leave Mexcio to its own fate.
doesn’t that pose a risk to U.S border security.