CDC, We have a problem 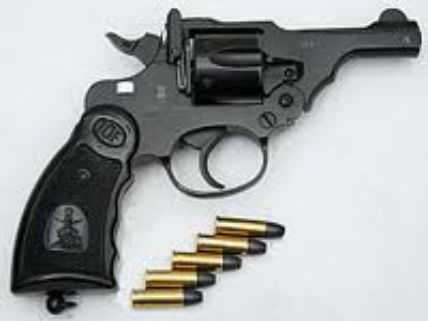 CDC, in Surveys It Never Bothered Making Public, Provides More Evidence that Plenty of Americans Innocently Defend Themselves with Guns

Notice the “low” number of 100k the hoplophobes will admit to. Versus what, 30k deaths including suicides?

The link also addresses the myth of the CDC not being allowed to do studies.

Maybe we should make this a question on the 2020 census?

“Have you ever had to defend yourself or a family member, by either showing or firing a firearm?”

Interesting stats. 2.5 million a year. Or about 1 percent of the population.

I’m a little disappointed in the lack of participation from our liberal friends.

I’m a flaming liberal- I don’t believe it

Over the course of 25 years that would be 62.5 million DGU’s, or about 20% of the population (of course, some people will have multiple). Statistically, each of us, therefore, should know several people who have had a DGU.

Over the course of 25 years that would be 62.5 million DGU’s, or about 20% of the population. Statistically, each of us, therefore, should know several people who have had a DGU.

I do. I also worked with a guy who shot and killed one home invader and wounded another one. You won’t meet him, he died.

I know couple people over the years, I also had a guy pulled a gun out on me.

Long story but won’t go into details. Cops shown up, seen the evidence which back up my story as well as witnesses.

I though I would have to testify in court but he pleaded down.

Good. I hope that’s an underestimate.

Where is the lib participation?

You are assuming Jimmy that each of those cases involved a different defender which is almost certainly not the case.

If you live in a high crime area, travel through them, run a business that is frequently targeted you may well have had to do so many times.

About 90% of DGU’s do not involve gunfire at all and often the “defender” may not even realize they have deterred a potential criminal who realized the target or some other “good guy” present was armed and so the criminal simply decides to go elsewhere for a softer target.

It’s probably considerably higher since most DGU’s will never be reported and many times the “defender” doesn’t even realize they’ve spooked off a potential attacker who realized the target was armed and left.

The original article in Reason that is linked to is worth reading.

I may puke the next time one of the ant gun leftists here whines about the “non partisan” CDC and the lack of gun research.

They won’t touch this one.

Do you only post on this board and not read other liberal’s posts?

Yep and they’ve never said that.

The link also addresses the myth of the CDC not being allowed to do studies.

A few things. I have some experience with the BRFSS, which is how this question was asked. Researches working with CDC can submit questions to be included in the survey. They also use questions in the survey because those questions already meet certain standards and approvals.

It’s unclear in the article how and why this question was included in the BRFSS and how the data was ultimately used. I’m not surprised at all that the findings were never reported or not made public. So I would be hesitant to say that “CDC” withheld findings or imply that “CDC” didn’t like the data because they are evil liberals. There’s a lot going on at CDC and I"m not surprised in the least that work done there didn’t see the light of day.

Also, there is a update in the article that everyone should note …

UPDATE: You will note the original link doesn’t work right now. It was pointed out to me by Robert VerBruggen of National Review that Kleck treats the CDC’s surveys discussed in this paper as if they were national in scope, as Kleck’s original survey was, but they apparently were not. From VerBruggen’s own looks at CDC’s raw data, it seems that over the course of the three years, the following 15 states were surveyed: Alaska, Colorado, Hawaii, Kentucky, Louisiana, Maryland, Mississippi, Montana, Ohio, New Hampshire, New Jersey, New York, North Dakota, Pennsylvania, and West Virginia. (Those states, from 2000 census data, contained around 27 percent of the U.S. population.) Informed of this, Kleck says he will recalculate the degree to which CDC’s survey work indeed matches or corroborates his, and we will publish a discussion of those fresh results when they come in. But for now Kleck has pulled the original paper from the web pending his rethinking the data and his conclusions.

Ultimately I’d need to do more reading about this. Some of it checks out, some of it doesn’t.