So I have to admit I got caught up in this today. I’m an AMC A - list subscriber, and their website and app were both down for several hours after those trying to buy tickets crashed the servers. Tickets went on sale this morning at 5 a.m. Several platforms report that ticket sales have set new records for the first day of pre - sales.

I managed to snag tickets for the opening night in IMAX format, and that auditorium is already full. The opening date is 4/25/19. 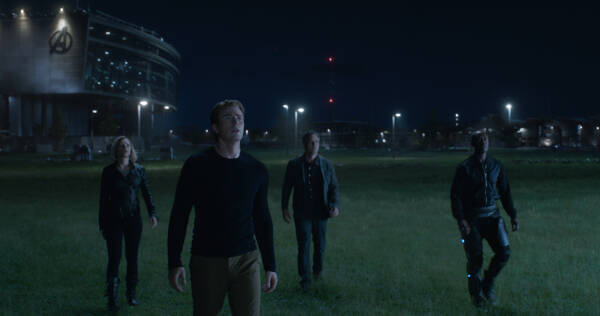 It took me 5 or 6 tries, over the course of 2 hours, before I could get through to the Fandango server.

This is horrifying - degenerate liberal Hollywood strikes again, making filthy movies with actors who hate Donald. And the character who’s going to save the universe is FEMALE? Forget it - I won’t give one dime to this filthy feminist Socialist Democrat politician industry where the only goal is to emasculate real men and make white people look bad. Instead I implore all godly and manly men to boycott this movie and please don’t stop joining our POTUS in flushing twice and forcing libs to eat the peas of freeberty!

(Seriously though, between Engame and GoT this month is going to have some killer entertainment.)

I got bored with the series. I did like “The Winter Soldier” though”.

I am bored with the Marvel Cinematic Universe. We all know that no Marvel superhero is ever really dead. While some heroes may “die” in the final movie of this current arc we know they will be resurrected at some future point.

Ultimately no matter what happens there is never any real permanent change to the Marvel Universe. Which is why I stopped reading Marvel and DC comics.

Not surprising. This movie is going to be epic. Im gonna shut off my only social media platform for a week just to keep ■■■■■■■ “friends” from spoiling any part of it.

I wish i could see it day 1 but i dont have the patience to stand in line or be cramped in a theater to see it so ill wait a few days till mid week and catch a late showing.

For a movie…I think they are funny enough, with good casts and writing, and all the latest in effects, to just make them fun for me. All types of movies.

They have been milked pretty hard as of late. I mean can’t really blame Disney for cranking them out they are money making machines. The sequels are tiring, it’s starting to have the effect on me like the X-Men sequels did they were just so many.

I am bored with the Marvel Cinematic Universe. We all know that no Marvel superhero is ever really dead. While some heroes may “die” in the final movie of this current arc we know they will be resurrected at some future point.

In comics this is true but in the movies not so much since several actors like Chris Evans and Robert Downey Jr are leaving. I suppose in theory they could be lured back with a paycheck.

I’m going to see it in my small local theater that hasn’t been updated since the 80s. 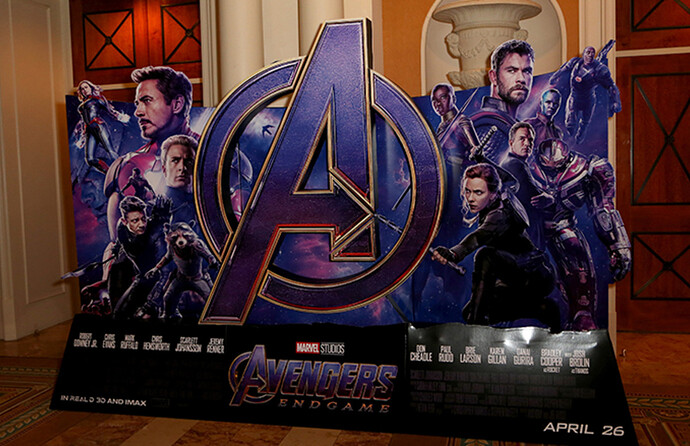 People Are Selling ‘Avengers: Endgame’ Opening Weekend Tickets for Over...

The hype for ‘Avengers: Endgame’ is at a fever pitch.

I think I’d wait a few days before paying that kind of money.

Indiana Jones may as well had not even been in raiders of the lost arc. The SS would have still found the arc, opened it and been destroyed without his intervention. The whole movie was pointless.

AMC is apparently doing a MCU marathon in some locations - 59 hours (ish) of all previous MCU movies and then Endgame for a total of 62 hours or so. Price isn’t bad as well - $125 for the 22 movies

Do you have a golden ticket?

Got mine for the 28th

My local AMC is charging $20 a ticket for this movie lol. I’ll just wait a week and pay half that.

I have been spoiled by IPIC recently. Those tickets are a bit more than that but totes worth it

Stoked to see it, but I can wait. I’ve no interest in navigating opening weekend.

I think we’re going to say goodbye to at least a couple of Avengers permanently-I don’t think they could get away with there not being permanent consequences to what Thanos did.