Antifa As A Political Force and Why Trump Is Hated

The claim has been made many times that Antifa is not an organization, that it has no structure, loose umbrella, etc.

While that may be true (doubtful, likely simple compartmentalization), they have a political philosophy and a publishing company. They even have a handbook. 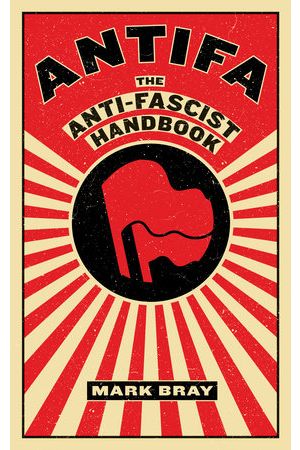 As long as there has been fascism, there has been anti-fascism — also known as “antifa.” In a smart and gripping investigation, Mark Bray provides a one-of-a-kind look inside the movement, including a detailed survey of its history from its origins...

MARK BRAY is a historian of human rights, terrorism, and political radicalism in Modern Europe who was one of the organizers of Occupy Wall Street. He is the author of Translating Anarchy: The Anarchism of Occupy Wall Street, and the co-editor of Anarchist Education and the Modern School: A Francisco Ferrer Reader. His work has appeared in Foreign Policy, Critical Quarterly, ROAR Magazine, and numerous edited volumes. He is currently a lecturer at Dartmouth College.

I listened to a podcast this morning that included a former member of Antifa on the panel. This person mentioned the publishing collective and said that’s where they get their information.

There was quite a bit of discussion about the President and the rise of Antifa.

There is no doubt that Donald Trump being elected greatly and rapidly contributed to the ranks of the movement.

They see his election as proof that the country (them excluded of course) is racist, misogynist, homophobic, fascist. They call it “taking the mask off” and in response, Antifa must “put the masks on”.

The scientific method, rigorous examination in search of the truth, is simply the oppressors protecting the status quo power structure.

A little research reveals there is no “end state”; only perpetual revolution.

And they despise liberalism (in the classic sense). There can never be equality if people are free to chose. It is a spin-off of the Vanguard Theory.

A lot of their thinking seems at first glance to be absurd. Looking at it, the first thought is “Nobody can possibly believe this stuff”, but they do. They are not being hyperbolic to gain attention. They mean it.

The election of President Trump threw them into a rage. It is proof they were right all along. They will not like Biden any better, should he win.

It is a fascinating political phenomena emanating mostly from our institutions of higher learning. And they are gathering momentum.

And it is in the mainstream. The 1619 Project in the NYT for example.

“Diversity” is a multi-billion dollar business for another.

Every major city has a few eclectic bookstores you can go sit in and read self published manifestos and sip free trade tea at if your a lefty, or treatises on anarcho-capitalism, the gold standard, and buy iodine tablets with bitcoin if youre a righty. 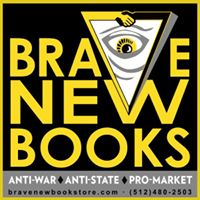 I think the pandemic finally got them tho.

The roots of the political philosophy lie in critical theory, which of course has no end. Literally anything can be criticized ad infinitum.

Any response is further “proof” of attempting to protect the oppressor power structure.

It is collective kafkatrapping taken to new heights.

There is a very specific language associated with it, easily found in videos of them confronting those with differing opinions. Key words and phrases used early and often.

Research is just beginning, but so far fascinating.

I will be ordering the handbook.

AK Press is not just a bookstore.

It was mentioned specifically by the former member.

Good case in point. Thank you.

Build the narrative. Make it about me.

The rise of antifa is way overblown.

One of the reasons Trump is disliked by his opponents for his constant, incessant lying about everything.

One of the reasons Trump is disliked by his opponents for his constant, incessant lying about everything.

According to the movement, everybody who voted for President Trump is not just wrong, but evil.

“Good white person” is not a compliment within the movement.

AK Press is not just a bookstore.

It’s a self publisher that solicits submissions online.

The rise of antifa is way overblown.

It’s a self publisher that solicits submissions online.

Glad we could agree.

Of course it is. Why are you here in the thread then? Are you going to “prove” me wrong? Or do you not need to? Does “everybody know”?

According to the movement, everybody who voted for President Trump is not just wrong, but evil.

And in other movements, everyone who voted for Hillary were not just wrong, but are demonic.

It would seem that some believe President Trump is justification for anything, any means necessary.

If one believes President Trump is a fascist, then one does not understand what fascism is. Of course that is irrelevant when everything is fascist.