What foreign policy? I haven’t seen any from this administration. Trump has alienated many countries who use to be our friends. And he believes strong-arm leaders of Russia and NK over his own intelligence agencies. And now we have a National Security Advisor and Secretary of State who are beating the drum for war with Iran. And I believe that this “little” trade war with China is going to backfire bigly.

What is Trump’s plan to implement and pay for our crumbling infrastructure?

What is Trump’s plan to implement and pay for our crumbling infrastructure?

it will be released right after this healthcare plan. believe him

What do tariff have to do with deficits?

They are taxes we collect and thus lower the deficit… Obviously.

for the thousand timess who pays the tariffs?

Depends on the market… The Chinese may chose to sell cheaper to avoid losing market share to India or American suppliers.

Who pays the tax collected to the government?

“One of the leading indicators in the economy is agriculture,” she said. “We have record bankruptcies in farming country.”

Are there really “record bankruptcies in farming country”?

We found that the farm bankruptcy rate is exceeding historical norms in the upper Midwest, which includes Heitkamp’s home state of North Dakota. But experts told us the term “farming country” has no official definition, making the national picture the most relevant measurement.

And nationally, the farm bankruptcy rate has been fairly steady, and in fact sits well below the highs of just a few years ago. 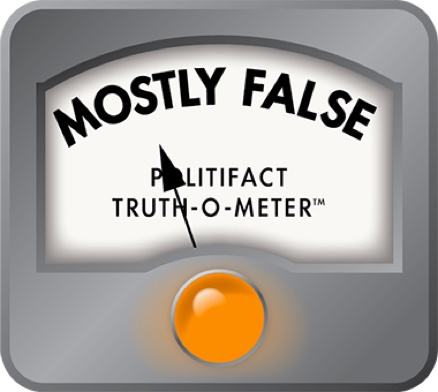 PolitiFact - Does the U.S. have record bankruptcies in farm country?

Now I know “some” of you guys may not remember the early 80’s where we did have highest bankruptcy for farmers duo to late seventies of high oil prices and interest rates.

So you libs might need to find another talking point.

yeah what does this guy know 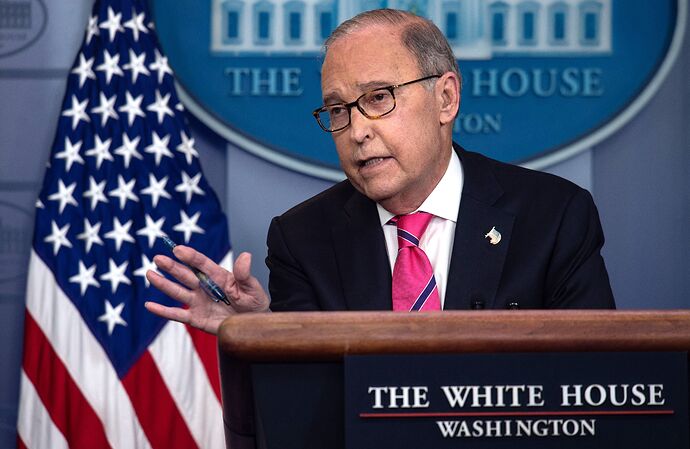 Kudlow acknowledges US will pay for China tariffs, contradicting Trump

“It’s not China that pays tariffs,” Wallace said. “It’s the American importers, the American companies that pay what, in effect, is a tax increase and oftentimes passes it on to U.S. consumers.”

“Fair enough,” Kudlow replied. “In fact, both sides will pay. Both sides will pay in these things.”
Kudlow added, however, that China doesn’t actually pay the tariffs, but that their GDP will suffer “with respect to a diminishing export market.”

We all know whats driving the debt… What the dems solution?

Medicare for all and benefits for illegals, including free government housing.

After two years, I NEVER want to hear about the national debt again.

It would be cute that libs supports their communist dictating thugs if they weren’t so dangerous.

I can’t think of anything going that badly. Economy booming, and strong foreign policy. Other than the media embarrassing themselves for two years. Heck even that is actually a good thing in that it exposed the media blatant partisanship… Dems in the house showing no leadership and lots of Trump insanity is good for his re-election. Trump could have been tougher on Maduro, but he’s not big on military intervention, so… Let me know it you can think of something going wrong.

Yes, yes… we all are well aware of your love for Donald Trump.

After two years, I NEVER want to hear about the national debt again.

Wait, Trump lovers have already snatched up those two.

It would be cute that libs supports their communist dictating thugs if they weren’t so dangerous.

I wanted to make Barron VP first but I guess we could just move things along. Should we work Ivanka in here somewhere so we can have our first female Trump President?

Lovely human being with a great personality… check.

Does little Kim scare you?

You do realize he’s a puppet for China…libs favorite dictator/goverment.

Does little Kim scare you?

You do realize he’s a puppet for China…libs favorite dictator/goverment.

I’m not worried he’s going to kill me with nerve agent, I’m not his brother
Or execute me using mortars…Im not his uncle.

But I also wouldn’t believe any “promises” he made…that’s your guy.