This is a companion discussion topic for the original entry at https://www.hannity.com//media-room/youre-grounded-trump-tells-pelosi-to-fly-commercial-during-government-shutdown/
Jerry_Shearer_Sr January 17, 2019, 9:35pm #2

Here Pelosi is concerned about security during the SOTU address and yet she wants to go on a foreign visit? That makes real since especially when she also said it with her concerns with the shut down. Negotiating to get the shut down over and done with should be her first concern, not going on a foreign visit.

Nancy’s pockets are deep enough that she could charter her own plane if she doesn’t want to mix with the common folk. She’s probably afraid they would tell her what they really think. The President has to use Air Force One because he HAS to be immediately accessible, Nancy,not so much.

Best damn news I’ve heard all month! It’s high time the Dem-on’s face some of the same pains (if any) the average furloughed person does. Yes the “B” can take whatever flight she want’s overseas, but now instead of a military aircraft, she has to put out monies out of her house position, budget, no more freebies. Yes I am sure they have plenty of resources in spending our money using commercial, but to be honest, “DO NOT” really give a crap if they had all of these foreign trips planned before hand. We didn’t have a Gov. shutdown either, so everyone must adjust and she and her ilk cohorts are no different, period! Also important, is she and her idlot colleagues have no right to be visiting anywhere, Puerto Rico or other foreign countries, especially not with a gov. shutdown in play.
What a pathetic person she and cryin Schumer are. To be so insensitive and have the audacity to be so cavalier about this shutdown, and planning to leave this country before she and the others do their job in negotiating this shutdown to a close, is most certainly pathetic and it shows how they could care less about the American people, let alone the Federal workers that are furloughed. I don’t see President Trump taking vacations to ML, nor did I see him vacation during Christmas. And the as*hole Dem-on’s think by their stupid actions in leaving the country and vacationing in Puerto Rico, are going to set well with the American public, “NOT”. I would not doubt if their two stunts they pulled, turn the tide of public opinion against them. The American citizen is not stupid! They see right through these stunts. The sad thing is that Pelosi, and Schumer and others are too “STUPID” and “IGNORANT” to realize they are bucking the “PEOPLE’S” wishes. PERIOD!

Not surprised Trump and Hannity not aware that since 911, the number one and two in line for the Presidency and never allowed to fly commercial. Thanks for educating your minions about America. 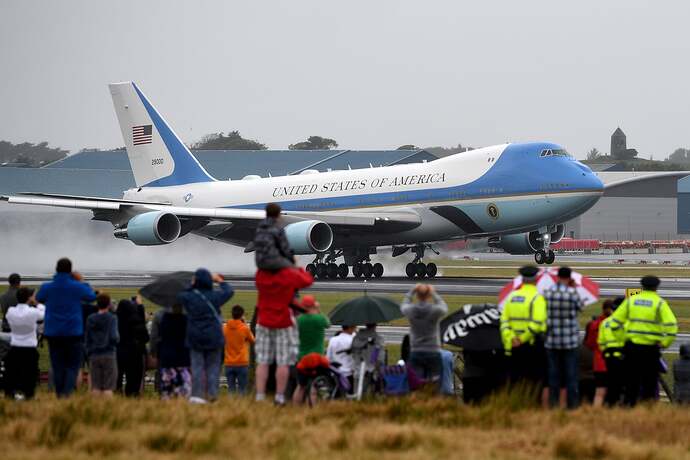 How the President, Cabinet Officials, Congress and First Family Fly - The...

Government bureaucrats traveling on official US business have a strict but somewhat arcane set of rules for how and what they're allowed to fly. But is it any

So you want to retract your statement now? Congress is to fly commercial - darn facts!

she could just use her broom

I must say, this was one of President Trump’s best moves! Pelosi and her little minions act like they are royalty and they could care less about Americans or our country. They fly all over, go on vacations, live in gated communities with big walls all the while they are promoting sanctuary cities, allowing illegal aliens to enter our country and putting our lives in danger!
I have been to San Francisco, it is a filthy rotten city and I will never go back! It is a disgrace how Pelosi has let her constituents down and turned her back on what she was supposed to protect…
She was elected to uphold the law, protect the citizens in her city, state, and country.
If I were a citizen of California, I would petition to have her removed from office.
God Bless President Trump!
We need funding for the WALL Now!