Will Pence be Replaced?

Increasingly there is a sense that Pence does not help Trump in his run for reelection in 2020. He was brought on to help secure the evangelical vote but evangelicals have been very loyal to Trump and would likely not abandon him even if Pence wasn’t on the ticket.

There are rumors of replacing him with others such as Nikki Haley who could shore up the GOP women vote. Replacing the Veep seemed pretty far fetched until seeing the Trump/Pelosi/Schumer brawl yesterday. Pence looked very very uncomfortable and strangely frozen. 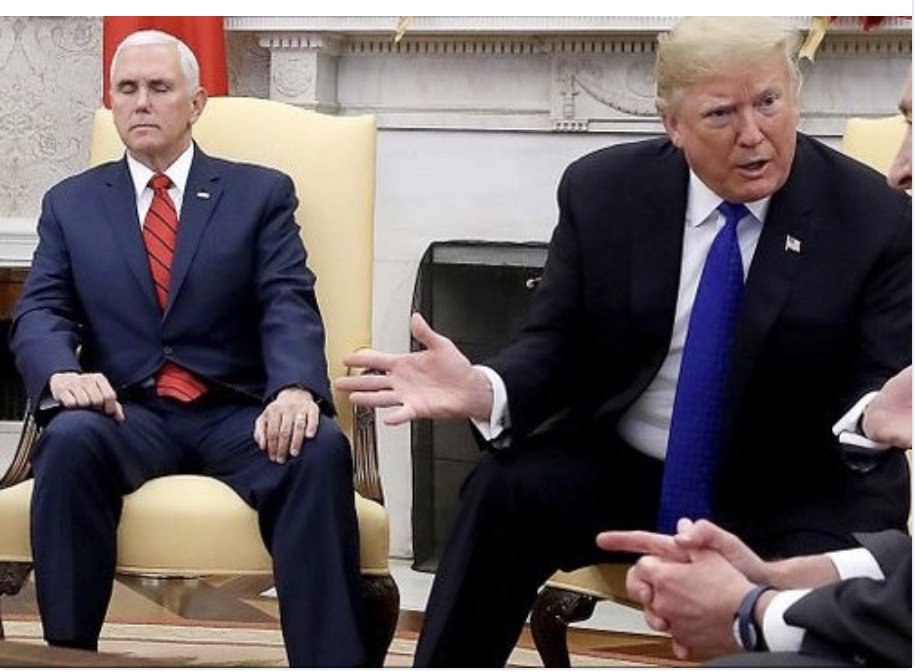 Trump the beta cuck needs someone beta cuckier next to him to make himself look less beta cucky in comparison. It’s all about branding.

I doubt Haley would do it. She has a career to think about and she knows the Trumptanic is going down.

I doubt Haley would do it. She has a career to think about and she knows the Trumptanic is going down.

Yeah pretty much agreed with that. I also think Trump needs a reliable veep to pardon him if he decides to resign.

That scene yesterday sure looked weird though.

Who would be dumb enough to act as a replacement?

He needs pence to stroke the evangelicals anyways

Maybe the question is: ‘‘Will Pence bail on the Trump catastrophe’’.

Yes, by his Vice President as soon as you impeach Trump.

Donald may in a fit of pique demand it, but he’ll be talked away from the edge by wiser voices. Dumping Pence would be too disruptive.

Now, could Pence be persuaded to abandon the SS Trumptanic? Interesting thought…

Who would be dumb enough to act as a replacement?

There are many people, at least 10 people, who very much want the job.