Why did the GOP vote against vet healthcare bill? 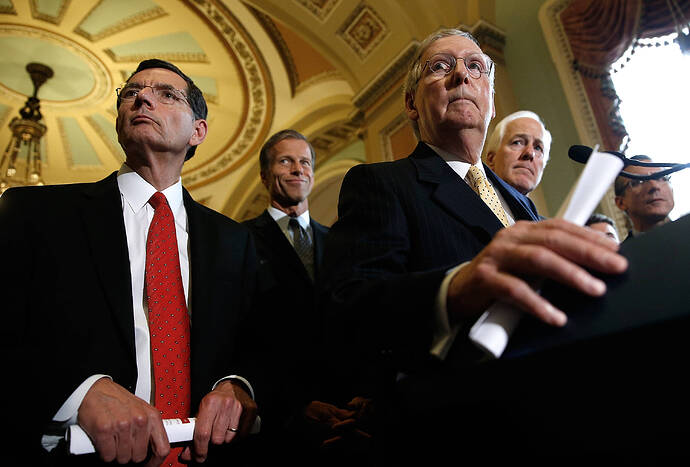 McConnell, Thune and Barrasso were among the ones who voted against expanding access to health care for toxin-exposed veterans.

bill aimed at protecting veterans exposed to toxic materials during their service was shut down yesterday in the Senate, in a 55 to 42 vote that failed to meet the 60-vote threshold necessary to advance the legislation.

Can someone explain why? Twitter folks speculate they are mad because Manchin flipped, but I don’t see the connection.

This is what Toomey said.

"Toomey said he had “no quarrel with” the legislation creating $278.5 billion in new spending during the next decade that would be classified as “mandatory.”

Toomey’s opposition to the bill comes from a separate section of the package that “would authorize $400 billion over the next 10 years of existing spending … to be switched from discretionary to mandatory.”

“And the reason for that, is to create a $40 billion annual hole in discretionary spending under the cap,” Toomey said. “And allow all kinds of spending on who knows what.”

If true I agree with him. Leave it at the 278B. Why add what basically comes out to a slush fund that is required to be spent but no limits on what it could be spent on.

Saying that, I am sure both sides are spinning this and all the facts are not out.

They can shove that pork all the way up their stupid asses.

In the meantime, I already have ratings for exposure to various toxins, and my healthcare at a private practice comes at no cost to me just like going to the VA would (except out here, I get actual results).

How did you get that in private?

I called the VA and told them who my civilian PCP was. They entered it into the system, I show my VA card as medical insurance when I make appointments. Same deal with ER care, except you don’t have to let anyone know, that VA card covers it.

I do that also but was referring to

ratings for exposure to various toxins,

Did the VA give you a rating for the toxins?

When was the last time GOP reps actually passed some kind of meaningful legislation? Was it the tax bill back during Trump?

Can someone explain why?

I don’t think GOP congress members would admit this, but deep down, they vote the way they do because any agreement or cooperation with democrats is seen as a sign of weakness by the GOP base. When Dems hold majorities in congress, any form of cooperation is considered helping the enemy. EVEN IF the bill in question has a foundation of bipartisan support.

Conservative media has painted any form of bipartisanship as weakness. And that “no government, is good government”. So when GOP reps have to campaign, they can tout how they “won’t work with democrats” or “fall prey to the liberal agenda” because they know the base won’t remember that time they voted against a human trafficking bill.

Didn’t Democrats recently divert VA spending to providing benefits for migrants who broke into the country?

That’s (D)ifferent though. They must’ve had a great reason.

When was the last time GOP reps actually passed some kind of meaningful legislation? Was it the tax bill back during Trump?

The times of Trump. Doesn’t stop anyone from working on impactful bipartisan legislation. I mean, congress is clearly broken and ineffective, and both sides are to blame.

So, the government can run a health care system well?

Now do the left under any GOP President. Or is that different. You can’t point at one side when your side is doing the same crap.

So, the government can run a health care system well?

“Well” is relative, but sure, if it serves a small part of the population, so the rest can subsidize it, and is backed up with private options. Oh, and Trump reforms it…lol!

I would not want govt run health care as I can see Cal’s roads. We are taxed to the max, and the roads are lumpy. Also if you want quick health care here, you go to a urgent care center that only takes people who can pay.

The times of Trump. Doesn’t stop anyone from working on impactful bipartisan legislation. I mean, congress is clearly broken and ineffective, and both sides are to blame.

Yes, but only one party is in charge.

The VA Choice Act, or the Veterans Access to Care through Choice, Accountability and Transparency Act, was passed in 2014 under President Barack Obama. 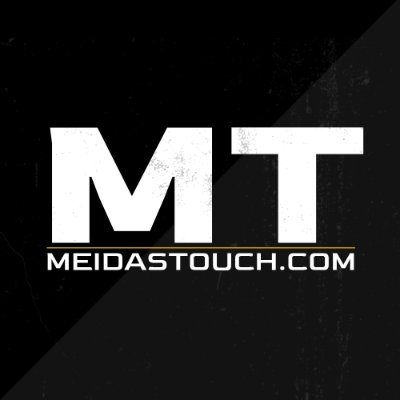 @MeidasTouch
This is the fist bump everyone needs to be talking about. Ted Cruz and fellow Republicans celebrating after blocking a bill to help toxin-exposed veterans survive. https://t.co/wJvRseE7B4
1 Like
next page →