Why are we giving Ukraine ANY military assisance?

Maybe Ukranians are already being trained in anticipation of this?

They are talking about azov. Keyword is backed. It’s not.

Backed is strong. Too strong. Part of sure.

or maybe russia will destroy 47 more bradley’s before any have even been delivered.

meanwhile, Wagner is a bunch of Nazi’s fighting for Russia.

meanwhile, Wagner is a bunch of Nazi’s fighting for Russia.

Do you just make this ■■■■ up Or do you have some actual basis for this?

maybe if you looked at more than russian propaganda 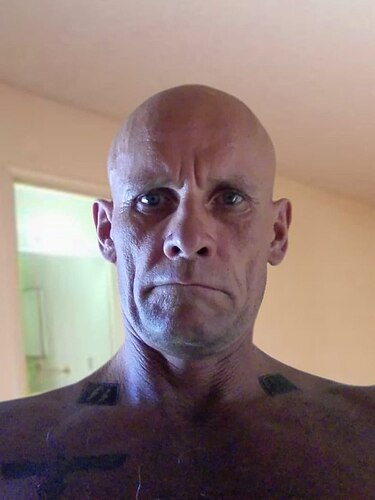 Russia sends its pet neo-Nazis to kill Zelensky – while claiming to want to...

There is no need to downplay the existence and danger of neo-Nazi and far-right groups in Ukraine – these are indeed real.  But the country has a Jewish president whose grandfather fought the actual Nazis and much of whose family died in the... 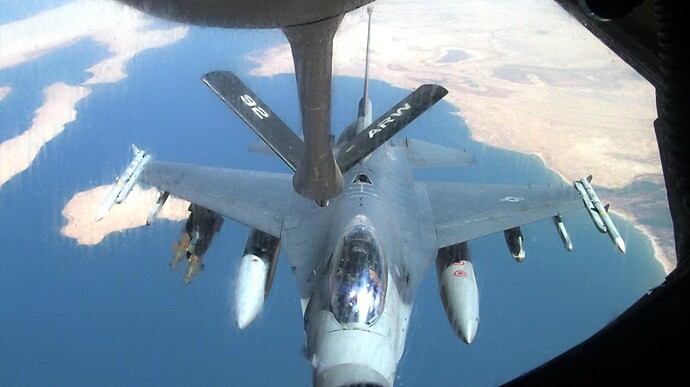 With main battle tanks from the U.S. and Germany now headed to Ukraine, Kyiv is now focusing on securing modern fighter jets from Western allies. Yuriy Sak, an adviser to Ukraine’s Defense se…

keep sending billions and waving their flag in our govt bldgs

While “some” are talking about social security reform/expense.

While also wanting to put a permanent bust of Zelensky in the halls of Congress.

They are all fools.

The Russians should be shaking in their boots.

Based on their performance since the early days of the war, they probably are.

Sending tanks to kill Nazis is a good thing.

Pro-Kremlin neo-Nazi militia inciting the torture and murder of Ukrainian...

Task Force Rusich, linked to the Wagner Group, advises its fighters not to report the capture of Ukrainians to Russian commanders

incidently, we are currently sending a total of… 91 bradley’s. in total it appears they could end up with about 130 leopards. given the numbers, i would not be surprised if they organized according to a US mtoe and created 3 abct’s (1 tank army). if they use russian mtoe, they could create one tank regiment and one motorize rifle regiment

Arming Nazis to fight Nazis is the US policy?

How did arming ISIS work out for us? How did it work for the people of Iraq and Syria? Arming Nazis and other violent extremists rarely works out well for anyone. 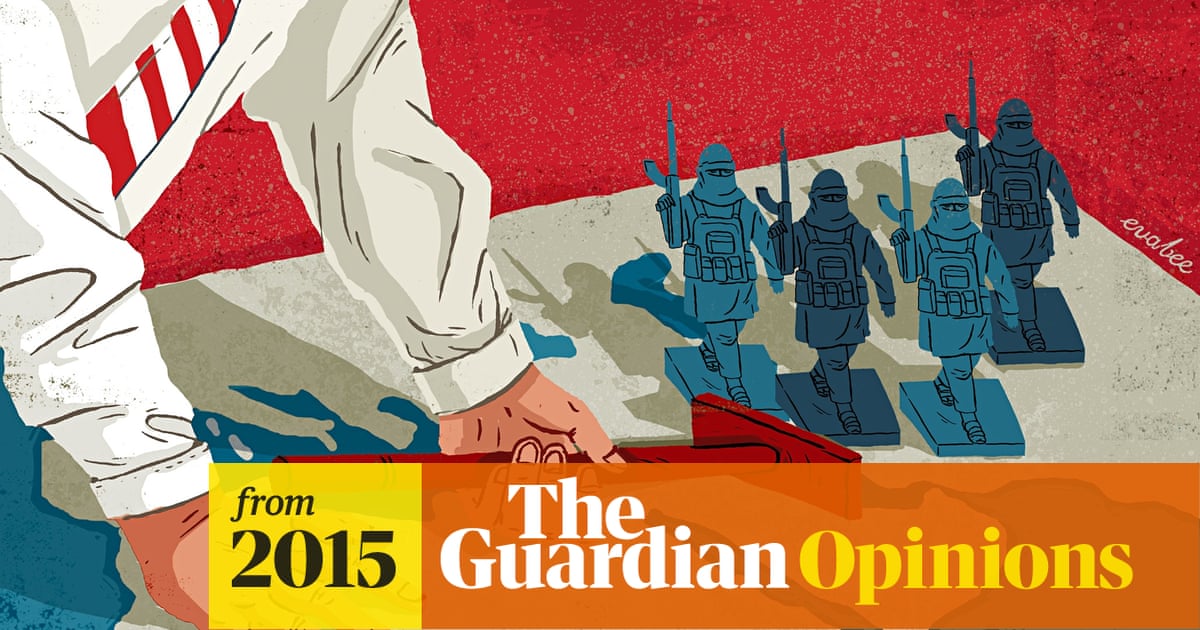 Now the truth emerges: how the US fuelled the rise of Isis in Syria and Iraq...

The only winners have been the arms merchants and the three-letter agencies. The same thing is going on in Ukraine.

It is pretty clear that there is some mismatching of MTOEs by donating nations. 31 is the old Red Army MTOE for a Bn in a tank regiment (the number of M1s we have apparently pledged). The old ITB of a MRR was 51 (3 companies of 17 tanks each). It’s pretty obvious the Germans remember that the Red Army used 3 company battalions, and the Ukrainians probably initially maintained the old Red Army MTOE. There is reporting that we are trying to convince them to shift to our Air Land Battle doctrine for high mobility mechanized combat. I would also have to believe that a year of combat has led to all sorts of shifts in unit MTOEs in the Ukrainian Army. It would make sense to train them the advantages of our MTOE structure using that doctrine. The big issue now is speed. All indicators point to the Russians going all out in the spring. It also looks like Belarus is going to join the war. They are reported to be pulling equipment out of storage and getting it operational.

The US has spent trillions in Afghanistan, Iraq, and Syria. Are they better off as a result?

The people who made billions there are looking to make Ukraine into a similar cash cow–destroying nations for fun and profit. 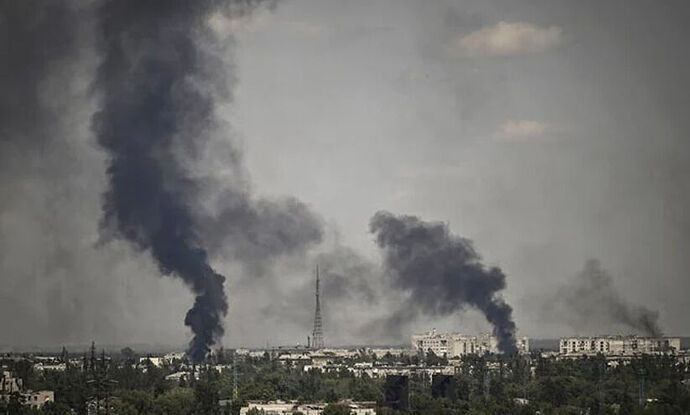 Kyiv: Ukraine says it will cost $750 billion to rebuild the war-torn country. President Volodymyr Zelenskyi said that it is the duty of the democratic world to rebuild Ukraine. He was speaking at t…

keep sending billions and waving their flag in our govt bldgs

While “some” are talking about social security reform/expense.

While also wanting to put a permanent bust of Zelensky in the halls of Congress.

They are all fools. 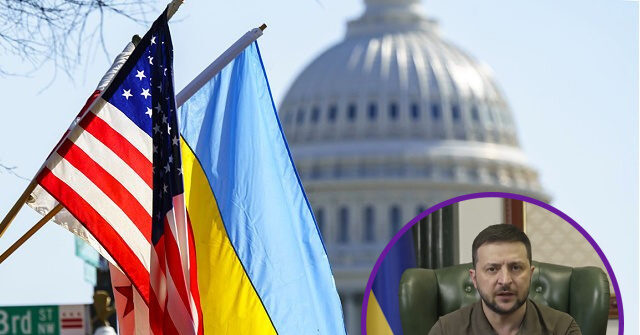 Yes, see only western propaganda and you will know the truth.

Of course, there was a time when even MSNBC acknowledged that any leader that neocons oppose is quickly overhyped as “another Hitler”. Consider this commentary from 2014:

U.S. Senator John McCain, a Republican foreign policy specialist, told the same BBC show that Putin’s actions in Ukraine were akin to those of Adolf Hitler in 1930s Germany. “I think he (Putin) is calculating how much he can get away with, just as Adolf Hitler calculated how much he could get away with in the 1930s,” McCain said.

If McCain drawing a parallel between a foreign leader and Hitler seems familiar, it’s because this comes up quite a bit.

Curiously Assad is still in power, and talk about Assad being another Hitler has disappeared.

Is Putin the boogeyman de jure?

If you help Ukraine defend itself, we will end the world with nukes. 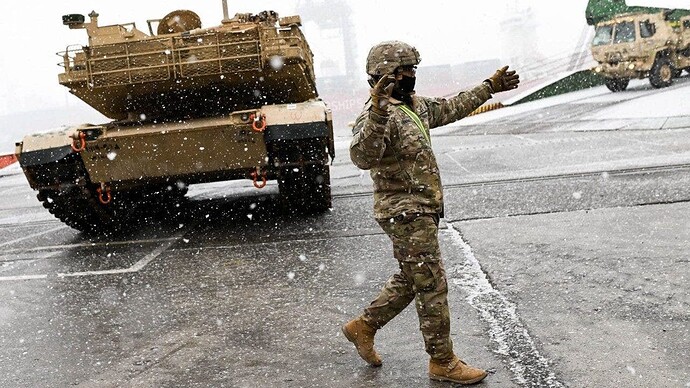 Russia on Thursday responded to President Biden's decision to send Abrams M1 tanks to Ukraine and accused it of "direct involvement in the conflict."