Who thought it was a good idea to have Mulvaney on the sunday morning talk shows?

I suspect Mulvaney will be taking some time off to spend with his family. Did anyone think it was a good idea to send him on the sunday morning talk shows with even more experienced interviewers that had tons of time to prep? 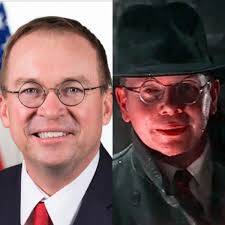 Forget that the funds were released.

What changed so that the funds were released three days after the house was made aware of the whistleblower complaint?

Forget that the funds were released.

The voters will decide.

Like they decided to elect Democrats to the house.

They must have accidentally cut out the part before the “melt down” began.

It looked like he was wearing peach lipstick to me.

Otherwise it was OK.

The forcing of the quid is just not taking hold. Forget that the funds were released.

The problem for the Secret Society of Impeachers is that the explanation is too long and the connections are just not there to make the case to the voters.

The voters will decide.

Watch Hunter Biden on ABC for an awful interview.

Calling is a “meltdown” is silly.

But Mulvaney flipping his story does not seem at all credible. The funds were released once the Administration was forced to obey the Whistleblower Law and released the complaint to Congress.

I would like to see Mulvaney document the analyses that were done that enabled if he cares to back his statements up. He can produce that when he produces the comparisons that were done with ten other venues when the Doral was being picked for the G7 meeting.

You can buy the Administration’s efforts to whitewash Mulvaney’s Thursday press conference but it does require quite a large dose of wishful thinking to do so.

Definitely this is a political question, not a “high crimes or misdemeanors” question. If an impeachment goes through the House on this it will properly die in the Senate. It only proves the House was ready to impeach on any grounds.
Mueller was a big let down for them.

Impeachment dying in the Senate proves no such thing.

Wallace started the clip at a point where it would appear "…that’s why we held up the money would sound like “that” was “the server”. But in context, his comments about the server were parenthetical, and not related to withholding aid.

I love how every statement that is bad news for Trump is somehow explained away using grammatical gymnastics.

Its always a convoluted explanation and at the root of it is that we are expected to believe Trump and his acolytes are geniuses and we cannot comprehend the complexities of what they say.

Who thought it was a good idea to have Mulvaney on the sunday morning talk shows? 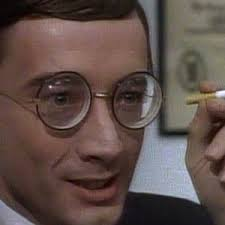 Political opponents of the administration are not exempt from investigations. We certainly learned that in 2016.

Fat donald is increasingly frustrated with what he sees as his inability to peddle the lies. 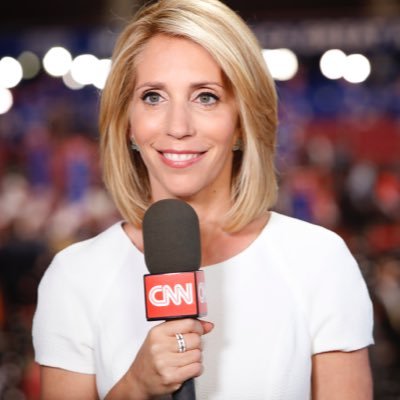 New: A source familiar w/ the presidents thinking says that after watching media coverage this weekend about Mick Mulvaney’s news conference & his attempts to clean it up, the President is increasingly frustrated with what he sees as his inability to communicate on impeachment
3 Likes
sikofit October 20, 2019, 11:17pm #37

I’m reminded every time you guys go after the great Russian Conspiracy delusion, and want to know nothing of the self dealing of Biden and his son.

The one obvious question none of these interviewers could think of asking… If the Trump administration was so obsessed with Ukraine corruption did they mention any major players in Ukraine that they wanted to investigate or are the only people/entities Trump named JUST HAPPENED to be his political rivals in 2020? The corruption in Ukraine is so rampant they must have had a long list of people to investigate right? Or did it start and end with Biden and the DNC?

and want to know nothing of the self dealing of Biden

What did Joe Biden get out of it again?