We feel it's a First Amendment issue…

“We feel it’s a First Amendment issue, we have other displays there – a Hanukkah menorah and Nativity scene,” Drucker said. “If you have displays of one type you need to be consistent and allow everyone to do so, aside from hate speeches and other unacceptable things.”

Where oh where are our saviors, where are those staunch men like Billy O’Rielly, men to save us all from this evil War On Christmas?

Just throw a santa hat on him and all will be fine.

Cnn- Fake News, and a horrible source of news in general.

Who could have ever thought, that it would ever be possible that this was taking place in Obama’s home state?
A state where Chicago has known to be politically corrupt for over 100 + years.
Keep up the Evil, CNN, Democrats, and Illinois!

Cnn- Fake News, and a horrible source of news in general.

Who could have ever thought, that it would ever be possible that this was taking place in Obama’s home state?
A state where Chicago has known to be politically corrupt for over 100 + years.
Keep up the Evil, CNN, Democrats, and Illinois!

Who would have thought that First Amendment Rights would be on display in the public square in President Barack Hussein Obama’s home state?

How are “Liberal Socialist Democrats” destroying religion in America in this instance?

Seems to me like the people in Chicago are winning all the way around.

Speaking of Chicago, tell me one single major city in any of our 50 states where there hasn’t been political corruption at some point, including some going on yet today!

You won’t be able to do that.

Just throw a santa hat on him and all will be fine.

There is no him.

Maybe a colorful Christmas sock made into a Christmas hat since the sculpture atop the base is a serpent entwined arm raised with a fist holding an apple.

Eh, I wouldn’t mind the hat on the apple, but a sock would be fine too.

People are missing the big picture.

That little bit of inclusion forestalled that group filing any suits against the public placement of the other iconic displays.

Why would that scare or freak out so many people?

Because than they may not have as many people believing what they believe? Someone might question the one true way?

And play baby it’s cold outside on a loud speaker. It’s all good.

I’ve always felt the guy in the song was just trying to persuade rather than force, but I haven’t heard it in a long time, and I don’t remember the part about what’s in this drink. So yeah, personally I’m fine with it, but I could see someone having a problem with it.

Me too. It’s supposed to be a sexy song…like Santa Baby is supposed to be sexy. I think the Buble version…the video especially is kind of wrong because they use kids as the main characters. Its a little kiddie pornish if you ask me. But the song itself meh. It doesn’t bother me.

I seem to remember seeing it in a movie or musical a long time ago and it didn’t seem to have any pervy overtones at that time. I haven’t seen the Buble version, and don’t think I want to see that song with kids as the characters, lol.

Constitutionally, they are doing what they need to do.

Either include ALL who wish to be included.

Or close the area to ANY displays.

They have chosen the former option, but either option would have been constitutional.

You are right…it was a movie musical probably from the 40s or early 50s…but here is the Buble version. It’s really innocent and kind of cute…but there are some crazy overtones coming this song when you see kids doing it. 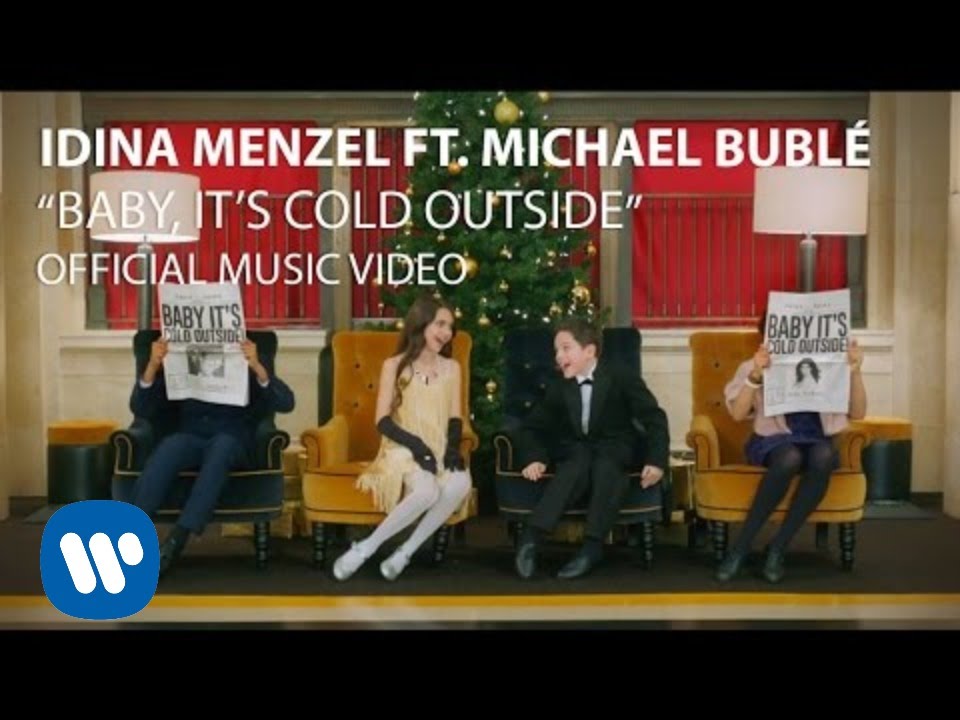 Nah…me neither…It’s just a little too cutesie for me with kids playing to this song. But taken for what it is…I don’t mind it. I was being a little sarcastic in my original statement about it. But I could see how people who don’t know that this song has a long history, and maybe they have only seen the song via this video…could say it’s not appropriate for the radio based on the video.