Democrats, corporations and the liberal media repeatedly decried Georgia’s Republican-passed Election Integrity Act as the next Jim Crow, but the Peach State is now seeing record-breaking turnout for early voting ahead of Tuesday’s primary.

Last year, President Biden called the law, known as SB 202, a “blatant attack on the Constitution and good conscience,” ascribed it as “Jim Crow in the 21st century” and was supportive of Major League Baseball moving the 2021 All-Star Game out of Atlanta as a response. Biden urged Congress to pass sweeping federal voting laws, including the For the People Act and the John Lewis Voting Rights Advancement Act. 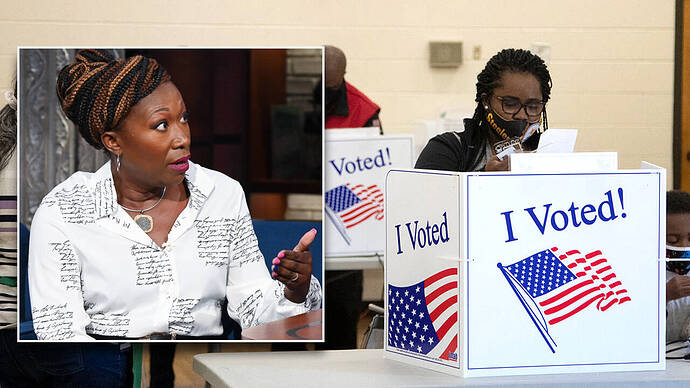 The liberal media ran rampant with comparisons between Georgia's voting law and the era of Jim Crow, but the state's primary turnout paints a very different picture.

“Disproportionately affects!”. “There’s no Kinkos!” “The DMV!” “MOVE THE ALL STAR GAME! AAAAAGGGHHH!”

MLB should apologize and offer Atlanta the next TWO all Star games.

The MLB is an outcome, not a cause.

It seems that BIPOC people may not need white progs holding their hands to vote after all.

Turns out they aren’t handicapped or infants.

Sure. They still were wrong and should make some sort of amends for yanking the All Star game.

Georgia’s voting law not only expanded voting timelines and access exceeding states like Delaware, NY, Colorado and many others but it also made elections more secure from fraud.
Dimbulbcrats just hate it when they can’t cheat elections, all of the prominent ones including J’Biden squealed like the breeding sows they are with their (as expected) collective “racism” mantra.
LOL ■■■■■■■■

So IOW…all the lib meltdowns from Brandon, the media, Abrams, social media, the woke sports franchises, here in Hannity Land and all others who piled on regurgibleating the shepherd fed stupidity…will all admit they are wrong today? This…I gotta see!

Can’t both be true? Is it possible to have laws and policies on the books that are meant to suppress the vote AND STILL have increased voter turnout?

That’s like saying slavery was ineffective because some slaves managed to escape.

Exactly as I thought. This is what happens with you when a “free thinker” blindly post Fox News articles all day.

Must be a victim at all cost.

Feel it slipping away?

No. We were told the opposite would happen…vehemently and with supporting citations.

Must be a victim at all cost.

No. We were told the opposite would happen…vehemently and with supporting citations.

Even if that were the case… does this evidence show that voter suppression is cool because “hey look, record turnout”?

GA did fine without all the drop boxes the activists and big Stacey demanded.