Very sad news, one of our favorite sources of internet entertainment will be going away, the one, the only 11 foot 8 bridge is being raised

The Norfolk Southern–Gregson Street Overpass (commonly known as the 11-foot-8 Bridge and nicknamed The Can Opener or The Gregson Street Guillotine) is a railroad bridge in Durham, North Carolina, United States, which was designed in the 1920s and built in 1940. The 81-year-old bridge allows passenger and freight trains to cross over South Gregson Street in downtown Durham. The bridge was built with a clearance for vehicles of 11 feet 8 inches (3.56 m). This was a standard height at the time it ...

For years, hordes of trucks, the occasional bus and the occasional RV air conditioner unit have meet a violent end at the hands of the 11 foot 8 bridge in Durham, North Carolina. But their loss has been the internet’s gain.

However, we will no longer have the pleasure of watching a U-Haul truck opened up like a can opener.

The under pass has been closed to traffic and the railroad bridge is being raised to 12 foot 4, a standard clearance that should eliminate all further incidents.

Thanks to Jürgen Henn for documenting all the fun since 2008. 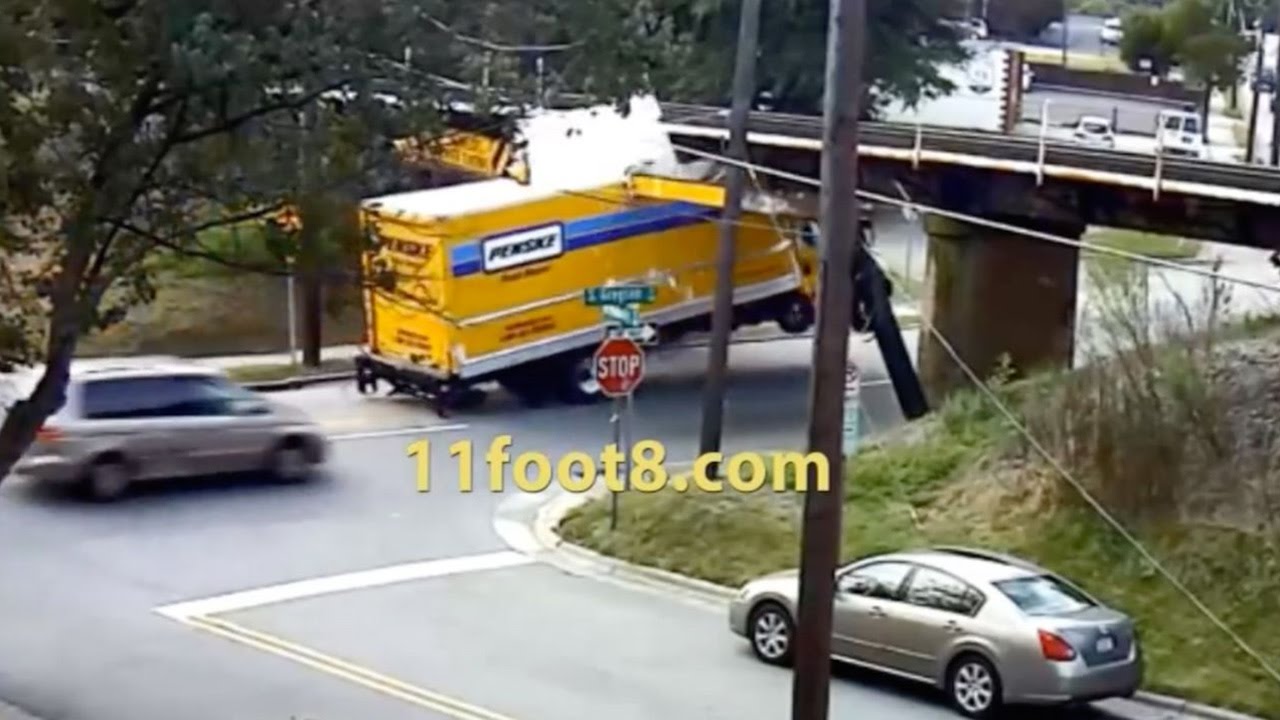 I remember belly laughing first time I saw that vid

Even on I-95 there are still bridges below interstate standards, particularly along the Dunn section.

But evidently it has NOT entirely been defanged. 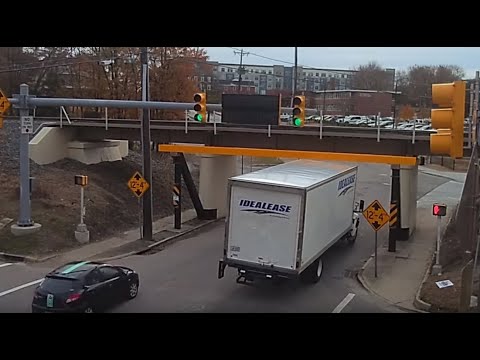 I don’t understand this. I thought 13’-6” was standard minimum height for most full service highways.

What kind of fix is that?

I don’t understand this. I thought 13’-6” was standard minimum height for most full service highways.

What kind of fix is that?

The bridge is close to 80 years old and the road evidently was not a primary route at the time. It took quite a feet of engineering just to raise it those 8 inches and it will probably not be possible to raise it any further.