USS The Sullivans (DD-537) on the verge of foundering USS The Sullivans (DD-537) is a retired United States Navy Fletcher-class destroyer. The ship was named in honor of the five Sullivan brothers (George, Francis, Joseph, Madison, and Albert) aged 20 to 27 who lost their lives when their ship, USS Juneau, was sunk by a Japanese submarine during the Naval Battle of Guadalcanal on 13 November 1942. This was the greatest military loss by any one American family during World War II. She was also the first ship commissioned in the Navy that honored

USS The Sullivans (DD-537), a Fletcher-class destroyer, is on the verge of foundering in Buffalo after its shear age and recent weather damage created a major hull breach beneath the waterline.

As she is now, it may be all but impossible to keep her from foundering completely. 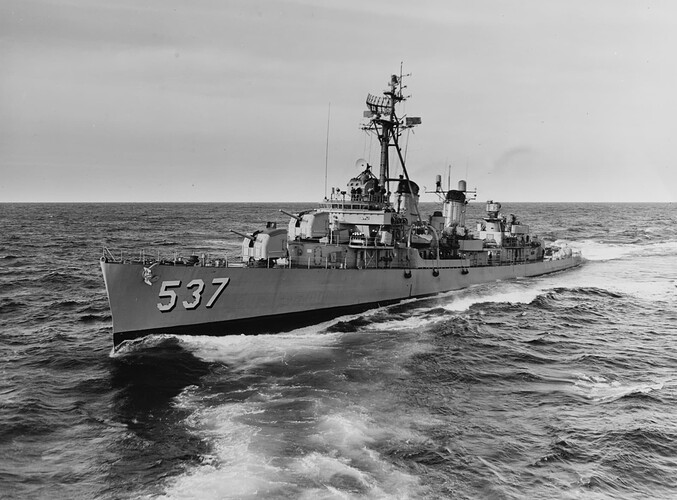 The Sullivans during the Cuban Missile Crisis in 1962. 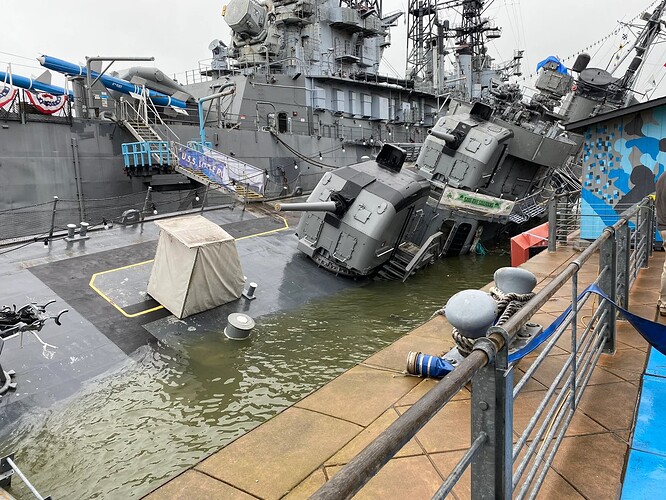 This photo was taken in the last two hours, showing her stern deck awash.

The situation has been stabilized, but the list remains and the stern remains awash.

Basically, they are at a point where the pumps are removing water at the same rate it is entering the breach.

But until and unless they find and repair the breach, there is zero chance of making any progress. At best, they will remain in the current standoff situation.