The U.S envoy to Syria has found evidence of war crimes done by the Turkish military in their invasion of Northern Syria.

now we wait to see if Trump hold Turkey accountable.

“Many people fled because they’re very concerned about these Turkish-supported Syrian opposition forces, as we are. We’ve seen several incidents which we consider war crimes,” Jeffrey said.

Jeffrey and Matthew Palmer, a deputy assistant secretary of state who handles issues including relations with Turkey, spent a second straight day testifying in the U.S. Congress. 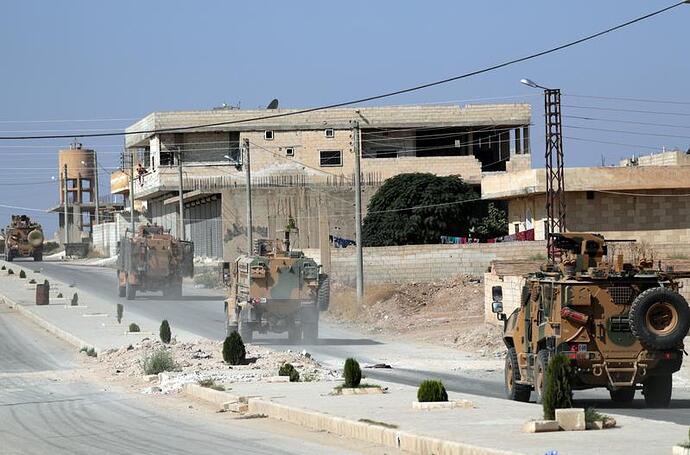 President Donald Trump's special envoy for Syria said on Wednesday that U.S. forces had seen evidence of war crimes during Turkey's offensive against the Kurds in Syria, and had demanded an explanation from Ankara.

This shouldn’t exactly be news to anyone who was paying attention since the whole point of the operation was ethnic cleansing.

now we wait to see if Trump hold Turkey accountable.

Define that? What would you have Trump do?

He wont do anything. Theyve already signed a deal.with Russia. Trump doesnt care.

He wont do anything. Theyve already signed a deal.with Russia. Trump doesnt care.

Then answer the question? What would you have Trump do…in which you’d be pleased?

There is no answer.

There is no answer.

I’m just going to leave that one lay… .

I’m just going to leave that one lay… .