The FBI has arrested a soldier after he chatted on Facebook about plans to go to the Ukraine and join a paramilitary group and also threated the life of Democratic presidential candidate Beto O’Rourke, saying he could be a target for a bomb.

Agents who arrested him said the man gave them specifics on how to build a bomb.

The agent who wrote the complaint issued against the man said “He admitted that he provides this information even to individuals who tell him they intend to use the information to cause harm to others. Smith (the man’s name) stated that he did this to cause ‘chaos.’ He told me that if chaos results in the death of people, even through information he provided it, it doesn’t affect him.”

Just as scary, though, is this story from Military Times (link below) from last week about a man arrested in Georgia who said he would execute an American soldier if Isis ordered him to.

There’s too much of this terrorist craziness around. 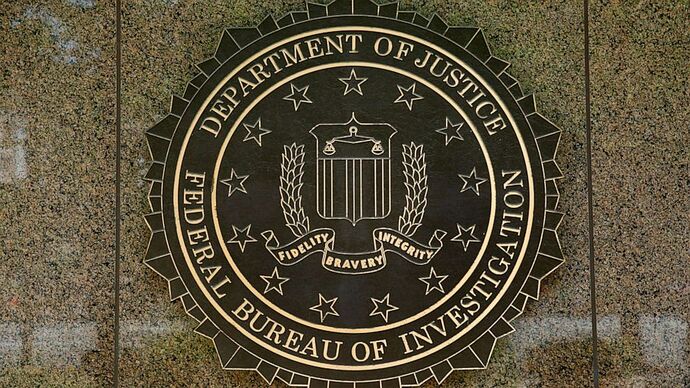 The solider, Jarrett William Smith, 24, of Fort Riley, Kansas, was charged with one count of distributing information related to explosives and weapons of mass destruction, according to the Department of Justice. An Alabama man has been apprehended as part of a yearslong terrorism probe in which the FBI says he told agents he would execute a U.S. service member if ordered to do so by the Islamic State group.

Here is the charging document for Jarrett Smith… 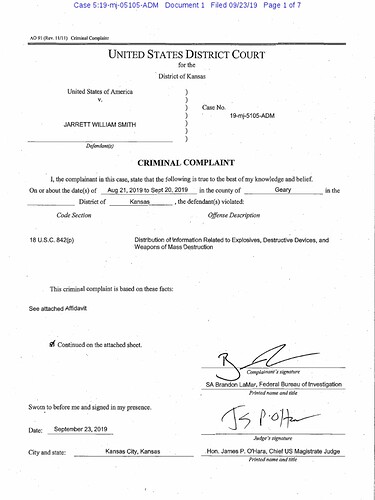 U.S. Attorney for the District of Kansas filed a complaint against a soldier who allegedly plotted to bomb a major American news network.

I had a squad leader named Jarrett Smith once. Had to make sure he was still at home just now. ■■■■■■■ generic American names.

I had a squad leader named Jarrett Smith once. Had to make sure he was still at home just now. ■■■■■■■ generic American names.

Glad it’s not him.

Maybe 15 or 20 years from now some lib will decide to run for president while hanging out in his living room.

Ribbing aside. Good that they caught him. Put him away.

Me too. I would’ve never let him live it down. lol

Now you love the FBI?

Now you love the FBI?

At what point did he not?

Why not, Obama’s Deepstate traitors have been fired.