Trumpbots will love this too 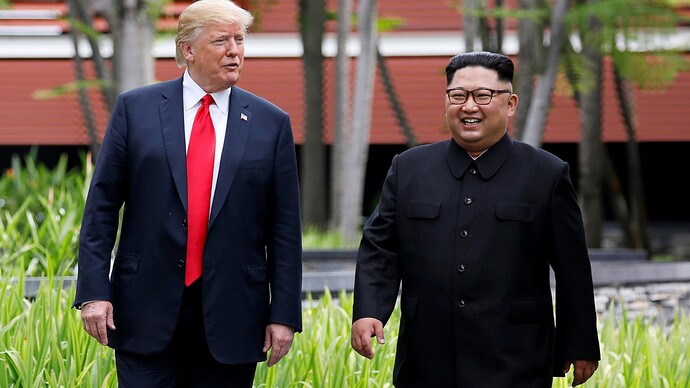 I wouldn’t be too upset by it either. Let’s all keep a good thought, but we’ve heard this song before.

Since the Summit NK has not nothing to move forward with such a promise.

We still don’t know what NK means by denuclearize.

It would be funny if he said he would denuke in Trumps second term.

There is no reason for North Korea to denuclearize that will ultimately keep him in power.

We still don’t know what NK means by denuclearize.

Historically it has meant the full removal of all US military personnel from the region and in particular the peninsula. Also the US removing all weapons systems with the ability to reach NK from the region. And a full dismantling of the US nuclear umbrella that protects SK.

Think Trump will go for it? If Kim pinky-promises to then work to eliminate all of his nuclear weapons and production abilities, after we have withdrawn from the region?