Here we go, Trump attributes the California fires to poor water and forest management, and letting over growth add fuel to the fire. Moonbeam Brown blames it on Global Warming. I can meet it in the middle.
Apparently California has enough water to douse the fires, but, has a hellofa lot of dry brush build up to fuel the fires. Nature takes care of over growth by burning the rubbage. Out with the old and in with the new.

Trump should not be so ■■■■■■■ critical and Moonbeam should get a clue that enviromentalism adds fuel to the fire.

Its almost like neither of them have any idea what the ■■■■ their talking about.

Or the both have some knowledge, but, not enough to do ■■■■.

So, you and president Rain Dancer think that “dry brush” is created by water management practices? And not… weather?

Please do explain? We are not using our mythical “forest irrigation system” to water every inch of California, year round?

I guess you could explain how you would remove “dry brush buildup” and how it is an environmental issue; you do realize that a century of fire control (which is the cause of buildup) is something ALL people thought was good, right? It was a human issue, no one ever looked at a fire and thought “hmmm… those damn firefighters… er… environmentalists just wont let my towns forest burn down!”.

It was always a safety issue, not an environmental one; humans put out fires, that’s what we do…

It’s is actually environmental science that recognized letting small fires (or initiating controlled burns) occur naturally, was the solution. The problem is that there are massive areas that are problematic now, and will be until these huge fires “reset” them. Add in a year of record rainfall in 2017, bookended by severe drought, and here we are.

Forest management might help. Give the forests back to the animals. Let em burn. Mankind helps escalate the problems

Hey genius, who does that, the National Landscaping Guard?

Glad you are not in charge. Let the forest burn

Now close your edit function. Oh you did. Thanks

Going back in time and not having clear-cut the entire ■■■■■■■ state would help. While there, also don’t introduce foreign grasses which obliterated California’s native, drought-resistant (not drying up dead in the summer) grasses.

Then, practicing what the natives practiced for hundreds of years: land management that included periodic controlled burns, to prevent tree-killing conflagrations.

Lastly, prevent global warming by not raising the CO2 content of the atmosphere by 50% in 200 years.

Then in the future, don’t re-elect a science-denying bigmouth utter moron as President.

As for the current and future fires that will devastate the regions, followed by just as devastating mudslides, it is a result of not doing the above for a century. As I posted. But yes, that will be the ultimate solution and the forests WILL recover; the loss of property and life are the issue.

Ok, global warning and mankind not being good stewards of the land. You brought up good points.

I will leave open Wikis if I want!

Then that creates other problems. I did the same thing and found out how it impacts others posts. Go ahead and do whatever you want. Shoot the moon. Scream out the window, punch the walls. Just don’t kick the dog.

I actually don’t agree with trump or moonbeam. Grizzly adams, move back to town and let the forests clean themselves

Ok, global warning and mankind not being good stewards of the land. You brought up good points.

I highly recommend this book, Tending The Wild, if interested in the topic. It explodes the false belief that California was a “wilderness” when “discovered” by Europeans. John Muir doesn’t come out too well in this - he made romantic assumptions. Of course Europeans did immediately commence the destruction of what they found, but have since made misguided, counterproductive attempts to fix that damage. 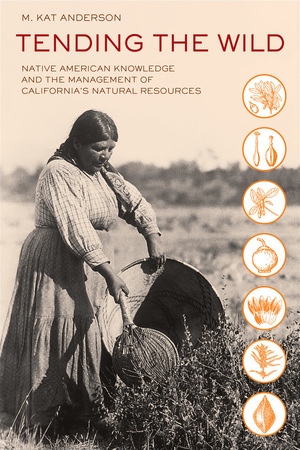 John Muir was an early proponent of a view we still hold today--that much of California was pristine, untouched wilderness before the arrival of Europeans. But as this groundbreaking book demonstrates, what Muir was really seeing when he admired the...