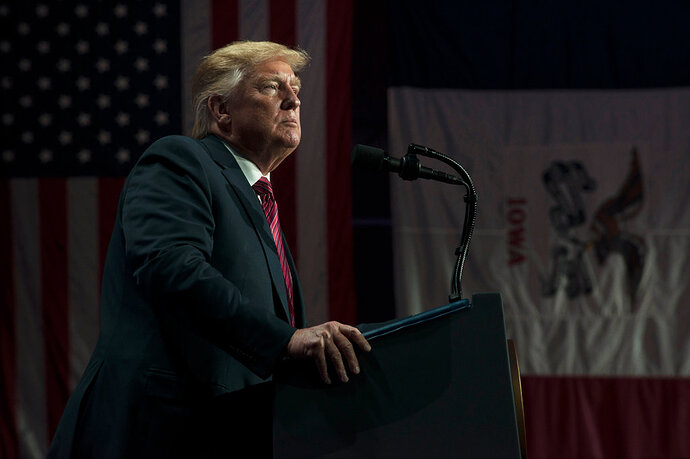 A committee recommended that the House hold Attorney General William P. Barr and Commerce Secretary Wilbur Ross in contempt as the president invoked his secrecy powers.

Just in… the President has made a claim of Executive Privilege regarding documents on the design of the 2020 census – in particular the addition of the “citizenship question” – a matter that is before the Supreme Court.

The census is mandated by the Constitution. Executive Privilege traditionally (although it has no Constitutional basis) has been used to restrict access to matters of national security and policy making in the White House.

Given how controversial this change to the census is, and given the disclosure last week of Republican documents planning the change that made it clear that the purpose of the change is to suppress voting by Hispanics and make it easier for white voters to control elections, is this an appropriate extension of Executive Privilege?

Trump appears prepared to apply it to anything that happened in his executive branch. Given that the “privilege” has no Constitutional basis – how can a blanket privilege of all Executive Matters be justified. And if you believe it is, doesn’t this make Trump’s claim that he is running “the most transparent administration” ever and out and out lie?

Makes you wonder what they are hiding.

What they are hiding was obvious from the documents that were released in North Carolina a couple of weeks ago… unfortunately.

This is not going to end well for fat donald and Co.

yes but her emails

This is not going to end well for fat donald and Co.

Amash is emerging as an interesting wild card. Standard Republican funding sources are telling him no more money and Trump is trying to generate a primary challenge, but there are stories that Amash might run for President at a Libertarian-Republican…and his ability to rally principled Republicans who believe in small government, fiscal restraint and maybe even social conservatism to his banner, could pose a major problem for Donald Trump in 2020.