so ted cruz helped out his billionaire biddoes get 35m in covid relief money.

and then voted no on the 600 stimulus checks to ordinary people.

the french revolution idea is looking better and better 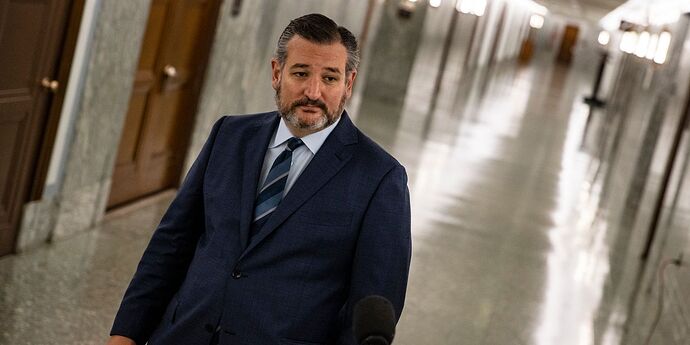 Dan and Farris Wilks got a $35 million pandemic relief loan for one of their fracking companies after Texas Sen. Ted Cruz pushed for changes to the key federal lending program.

Seeing as how I can only read maybe 4 paragraphs of the story . . .

Can you go into the article and tell exactally how Ted Cruz was responsible for the 35 million dollar pandemic (PPP) loan? Part of the article I can read says it was due to the government changing the requirments to be eligible for the loans (that may become grants).

Doesn’t sound like Cruz had anything to do with it other than possible voting yes on the original bill.

Since spring, businesses controlled by the Wilks brothers have hunted for deals among fracking firms going through bankruptcy and taken or increased stakes in at least six other companies, corporate filings show,": the Journal’s Ted Mann and Brody Mullins reported before adding, “But the industry was already under pressure from international competition and a sagging oil price by the time the pandemic hit, and its mounting woes prompted the Wilkses and others to turn to allies in Washington, including Mr. Cruz. The Republican senator helped convince the Trump administration and the Federal Reserve to change the rules for pandemic loans to ensure oil and gas firms could participate.”

So if he helped oil companies stay afloat in texas by helping them get a relief loan, he should have favored having the Feds loan everybody $600 until the crisis is over? For him to be consistent, is that what you are arguing he should have done?

Actually, the free $600 stands on its own as a crass political payout giving people their own money in exchange for increasing their share of the national debt. Comparing it to other areas the government may or may not have wasted money on is irrelefant.

Why should oil and gas companies not participate on the same terms as other companies?

Getting? Or being included for consideration? One firm? Or an industry?

Getting? Or being included for consideration? One firm? Or an industry?

The part of the article that was available to read without pay stated that he helped enable the oil and gas industry (obviously important to his state) be put on an equal footing with other companies in getting these loans.
Which I would consider a good thing.