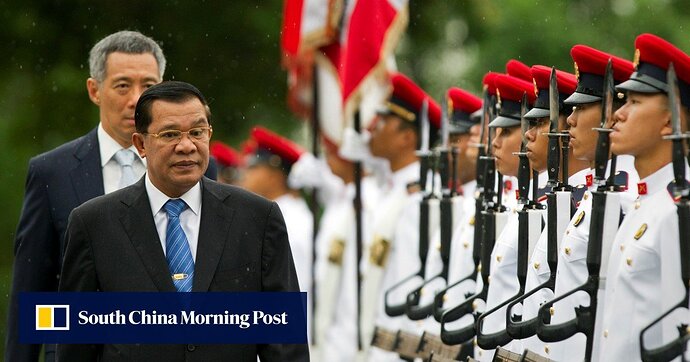 Vietnam’s actions to remove the Khmer Rouge regime from power in Cambodia in the late 1970s are still a source of division among Asean states.

I believe Singapore Prime Ministers Lee Hsien Loong’s comment regarding Vietnam was unnecessary and inflammatory. The Khmer Rouge had systematically slaughtered 1/4 of the population of Cambodia and was showing no signs of slowing down. They were making repeated incursions into Vietnam in the years from 1975 to 1978. Plus they supported by China, a country that had dominated Vietnam for hundreds of years.

The Vietnam invasion of 1979 was fully justified and nobody in their right mind should fault Vietnam for overthrowing the Khmer Rouge and installing a new government, which had the effect of stopping the genocide.

I am ashamed to say that the United States (most likely because they were still butt hurt over their loss in Vietnam), took the side of the Khmer Rouge in 1979, truly a low point in United States diplomacy.

P.M. Loong really needs to keep his stupidity to himself.

The United States Embassy in Vietnam should issue a statement backing Vietnam on this. And just maybe we should show a little contrition for our behavior in 1979.

The whole thing was a mess.

It is really a shame how many people had to die.