Senate says "NO" so selling arms to Saudi Arabia. Trump vows to veto 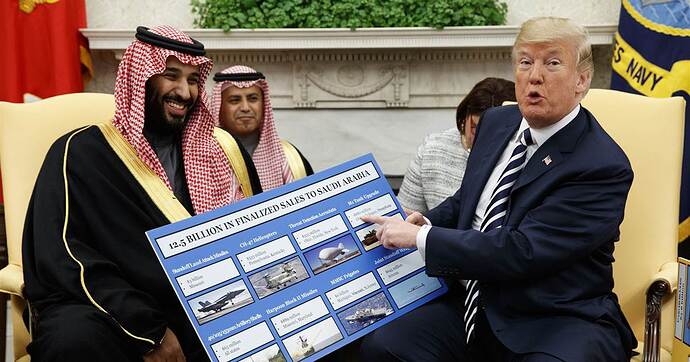 The White House said stopping the sales "would send a message that the United States is abandoning its partners and allies."

So who is correct? Trump, or the R run Senate?
And does anyone here think it’s a good idea to sell weapons to this murderous regime?

Well, he will probably reverse this after his spanking.

Promises have been made. Money has changed hands. Don’t mess with Trump family finances.

Oh, how right you are. 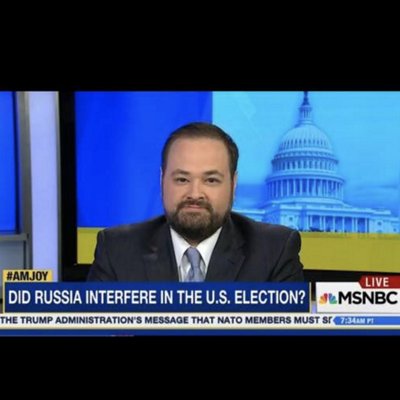 @tedlieu @nannova @IvankaTrump I would, but she blocked me after I uncovered this video of her doing business with one of Putin’s business partners in Dubai. https://t.co/kvrwMIsfMx
1 Like
hindsight June 20, 2019, 7:04pm #5

After the inevitable veto, I’m sure they’ll fight tooth and nail to assert the power of Congress over the Executive branch.

I wonder which middle east trip this family business was charged?

After the inevitable veto, I’m sure they’ll fight tooth and nail to assert the power of Congress over the Executive branch.

This will end quietly because on a foreign policy matter like this Congress has fewer avenues of recourse.

However, if I were a Democratic strategist I would be planning to use the barbarity of the Saudi campaign in Yemen and the Khashoggi murder as part of the overall campaign that the Trump Administration does not represent American values.

That sets up a debate between government based on financial value and alliance versus government based on moral principles. Biden has already defined his campaign against Trump that way and I would not be surprised if others among the Democratic challengers approached the campaign the same way.

Abandoning partners and allies? When the hell did that become important? He’s been a dick to all our usual long time allies. But Saudi Arabia? North Korea? Russia? Sure. Pucker up. He really does have quite an affection for dictators and state sponsors of terrorism.

Trump is the swamp

Obese Donald is just another in a long line of greedy war mongers.

Besides, if he doesn’t veto this and sell the Arabs more arms they might not let him fondle any more of their glowing balls!

I see them as a valuable deterrent against Iran in the region. I believe it would be a mistake to abandon them at this time.

I also believe this vote is symbolic, knowing that Trump will veto. It allows the few R
's who voted for the legislation to go on record, without risk.

Tell that risk threat sumnation to the thousands and thousands of innocent civilians who will be killed with the arms sold.

America does love it some war booty.

How many of the 9-11 terrorists were from SA and we keep kissing their ass.

The Middle East is an unstable caldron. So the real question remains. Do we look to Saudi Arabia as a friendly deterrent against Iran or do we simply walk away and let Iran and Russia dominate that sphere of influence?

So what exactly is your solution??

So just walk away and let them get nukes and continue to terrorize the world unchecked? Maybe let them take out Israel while they are at it?

So just walk away and let them get nukes

That’s exactly what Trump did by walking away from the deal.

Not true at all.