This is a companion discussion topic for the original entry at https://www.hannity.com//media-room/report-us-tracking-third-migrant-caravan-estimated-at-12000-people/
Abby January 29, 2019, 7:12pm #2

I hope when Trump give his SOTU address, he does NOT kowtow to Pelosi/Schumer/Dims and try to be their friends.
They are NOT your friends and the do NOT like you. Tell it like it really is.

Schumer/Pelosi/Dims are pushing “humanitarian aid”. Doesn’t the U.S. already give millions to these countries? Why should the U.S. continue funding the corruption while they push their citizens into the U.S.? It’s time to turn off the cash flow.

I believe that when an army of 12,000 are preparing to invade our county that it qualifies as a national emergency.

If this an invading "army, then whoever provides financial and logistical support to such army (including funding through innocuous sounding “NGO’s”, like “Sin Fronteras” is aiding and abetting the enemy - correct?

New 12,000 DNC voters.These invasions R orchestrated, intended to take over USA by registering illegal voters & sanctuary cities, increase representation in House; demographically increasing illegally gained electoral College votes, illegals via US Census. illegals will never return to hearings on BS asylum crap. They R schooled in terminology aided & a-bedded by totally corrupt Marxist judges, via ‘constitutional rights’ to illegals not within the jurisdiction of the USA; jurisdiction of USA does not mean you can illegally enter the country! To be Within the jurisdiction means you’re subject to US jurisdiction & not a citizen of another country which has jurisdiction over you! These intellectual dishonest judges should be impeached for their conspiratorial role as recruiters for illegal aliens voters to usurp the citizen of USA!

Is anyone seeing the same similarities between this and what happened in Europe? Lines of people going across borders creating mayhem and havoc on the cultures of the countries they invaded. Yet our politicians don’t see that. Or they see it and are willing to let it happen here. That is what should be investigated as to why they are willing to destroy this country?

They see it but they want it to occur! Islam is the 'religion of the NWO/ EU/ & the Globalist dream control; a FATWA is an Elitist wish list! This has been suppressed but especially under Islamist Obama the media was in complisity with this secretion! Friday, September 19, 2014

The fact that our leaders aren’t looking at the incident unfolding in Australia and demanding the US border be immediately locked down and secured is no less than treason.

The media is doing their best to ignore this and/or down play it, but it is critical we talk about it and get the word out.

The scale of this plot is what should be worrying all Americans. ISIS sympathizers in more than 10 suburbs in Australia were plotting to kidnap and behead random citizens across the country and post the videos on youtube.

Why do we know this plot is legit? It’s already happened in the UK when a recent Muslim convert cut off the head of an 82 yr old grandmother in broad daylight: 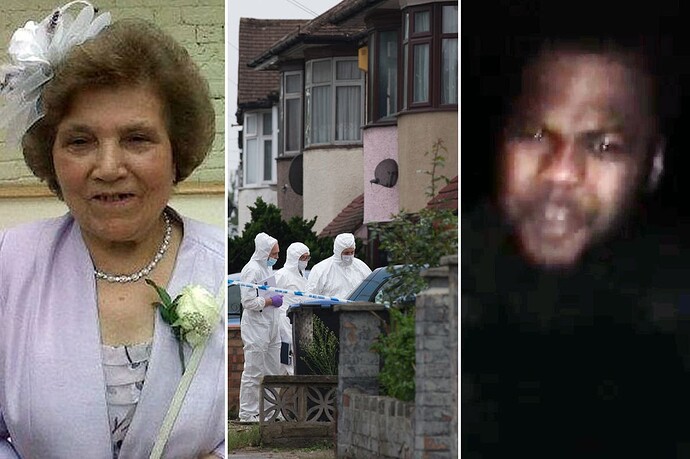 He also know ISIS has been caught along the US/Mexico border at least twice in the past few days:

A senior Homeland Security (DHS) official confirmed to Congress on Wednesday that militants associated with the Islamic State of Iraq and the Levant (ISIL or ISIS) are planning to enter the United States via the porous southern border.

If one American dies by ISIS on US soil, everyone of these amnesty loving, open borders advocates needs to be held accountable for treason and dereliction of duty. The border can and should be secured and they are willfully risking the lives of American citizens to play politics and to pander to unscrupulous crony capitalists.

If ONE American dies by ISIS on American soil, response should be a CRUISE MISSLE at the DNC