AP: On the subject of American soldiers and military overseas, why have you not yet visited a military base in a combat zone like in Iraq and Afghanistan?

Trump: Well, I will do that at some point, but I don’t think it’s overly necessary. I’ve been very busy with everything that’s taking place here. We have the greatest economy in the history of our country. I mean, this is the greatest economy we’ve ever had, best unemployment numbers. Many groups are, you know, we’ve never even been close to these numbers. I’m doing a lot of things. I’m doing a lot of things. But it’s something I’d do. And do gladly. Nobody has been better at the military. Hey, I just got them a pay raise. I haven’t had a pay raise in 11 years. I just got them a substantial pay raise. ‘They’ meaning our military people. I just got them new equipment. They have stuff that was so old that the grandfathers used to fly it. I have done more for the military than any president in many, many years. 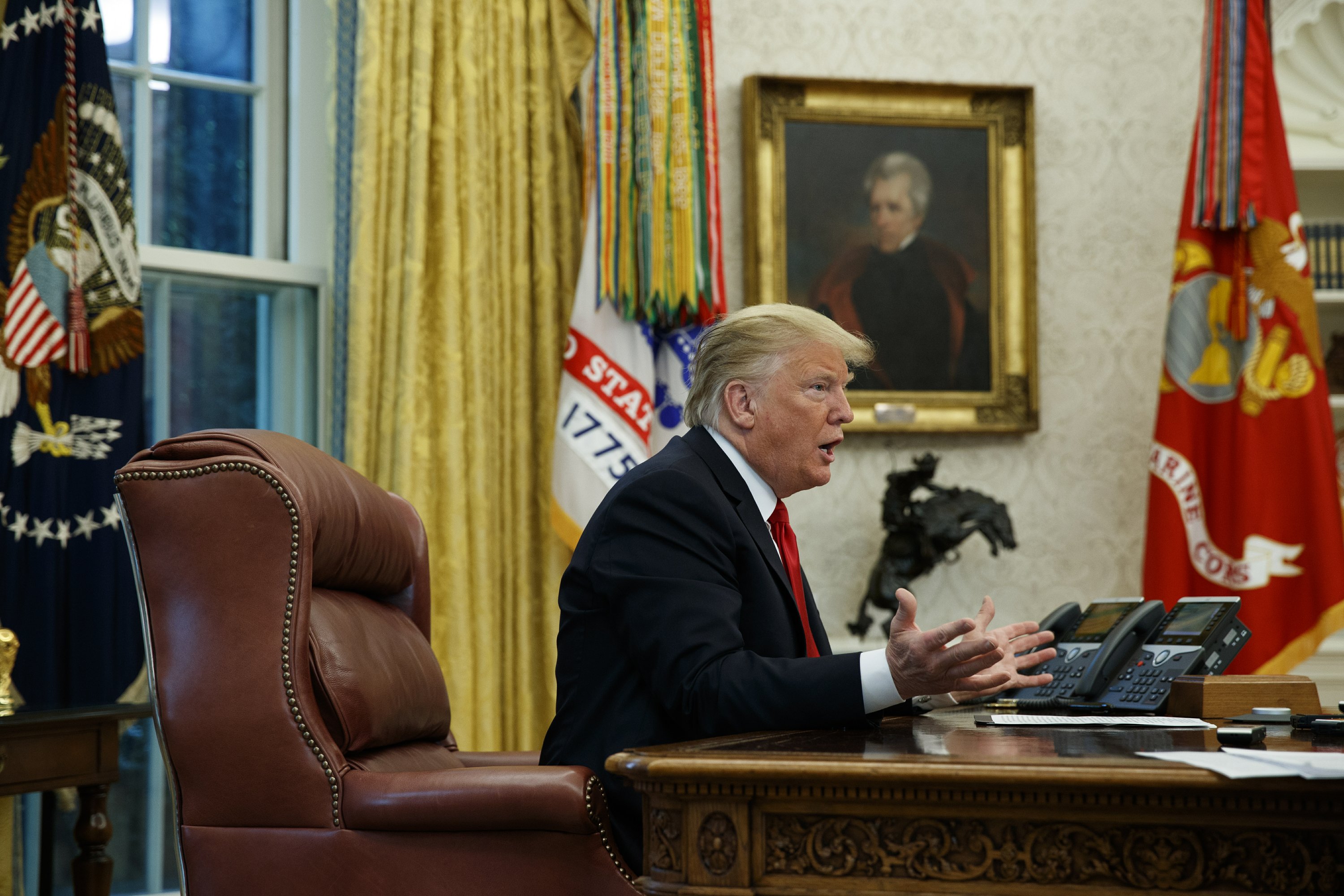 Read the transcript of AP's interview with President Trump

A transcript of an Oval Office interview Tuesday with President Donald Trump by AP White House reporters Catherine Lucey, Zeke Miller and Jonathan Lemire. "OFF THE RECORD" indicates where portions of the interview occurred that were not for...

Trump talks tough about the military, but he hasn't visited a war zone where US...

President Donald Trump has yet to visit Afghanistan, Iraq, or Syria, among other places where US troops are putting their lives on the line.

The most recent estimate I’ve seen is that Trump has spent 149 days at golf clubs. But he’s too busy to visit the troops that he loves a lot.

By comparison, SENATOR Obama visited troops in Iraq before he was ever elected, and visited again within 3 months of being elected.