“Hollander’s writings are littered with language common among the most extreme anti-feminist communities on the web, some of which he was a member. He was active in anti-feminist and misogynist groups on Facebook, including groups titled Humanity Vs. Feminism and Men Going Their Own Way, according to an analysis of accounts linked to him.” The writings are littered with language common among the most extreme anti-feminist communities on the web, some of which the man was a member of.

Sick, hateful pig.
"In the 1,700-page screed, self-published this year, he also wrote about his hatred of his mother and other women and raged about women judges, including fantasizing about the violent rape of another judge who presided over his divorce case.

Hollander created a website and wrote another book about a previous marriage, in which he laments “the harm caused [to] his property by a Russian mafia prostitute, procurer, former mistress to a Chechen warlord, money launderer, drug smuggler who was aided by her mob associates.” In the book, he threatens to seek retribution against the state for what he considers to be a “Feminazi infestation of government institutions.”"

The writings are littered with language common among the most extreme anti-feminist communities on the web, some of which the man was a member of.

Have they confirmed he’s the murderer?

A MGTOW murderer huh? How unexpected.

Probably. They’re cut from the same cloth of murderous misogynistic rage, for sure.

OMG, I just learned who Woody’s father is

In my world MGTOW stands for Max Gross Take Off Weight

Are these the same brainless people that invented the term Feminazi or what ever. I assume he was also “the forgotten man” type?

Don’t think so, but they definitely capitalized off it.

Men Going Their Own Way

Was he in a Bobby Barr prison?

Nah, he was out about town like Vince Foster.

In my world MGTOW stands for Max Gross Take Off Weight

Men Going Their Own Way.

One senior law enforcement official said authorities are looking into a file or envelope that was meant for Judge Esther Salas possibly found near Den Hollander, who may have died of self-inflicted gunshot wounds. 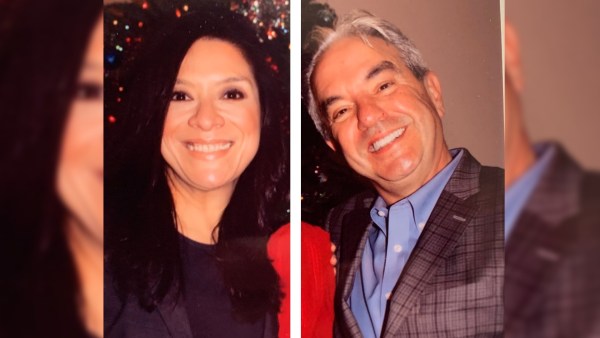 The husband and son of a New Jersey federal judge were shot at their home Sunday afternoon, and a massive law enforcement response is underway.

The body, identified by sources as attorney Roy Den Hollander, was found on a property in the Sullivan County town of Rockland, near Liberty, which is in the New York Catskills. Den Hollander had previously announced on a GoFundMe page, titled “Cancer knocks you down & doctors finish you off,” that he was being treated for an apparent serious cancer condition.

Two officials familiar with the investigation said the crowd sourcing page appears to be authentic. Investigators want to know if, given his grim prognosis, his illness was one reason he decided to target people now.

In part of a collection posted online that resembled an early draft of a memoir, Den Hollander wrote about being treated recently for cancer, and wanting to use the rest of his time to “wrap up his affairs.”