One of the worst nights in NFL history. I am glad that the NFL called the game.
I saw where both Bills and Bengals fans have gone to the hospital and are doing a vigil outside.
I will pray for his recovery.

On that we can all agree…

This is from espn.com

“ CINCINNATI – Bills safety Damar Hamlin had his heartbeat restored on the field after suffering cardiac arrest during the team’s game Monday night against the Bengals and is currently in critical condition at a Cincinnati hospital, the team said in a statement early Tuesday morning.

The chilling scene midway through the opening quarter of the Monday night showdown between the two NFL powers led the league to postpone the game about 90 minutes after kickoff.

According to the Bills, he is currently sedated and listed in critical condition.”

He has Pittsburgh roots. I like his chances to pull through. 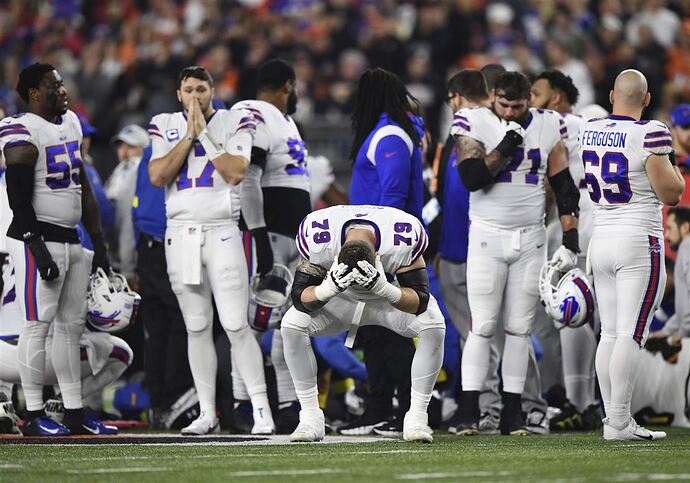 Buffalo Bills safety Damar Hamlin was in critical condition Monday night after he collapsed on the field and was administered CPR before being driven away...

This will be interesting to learn more about. This is what most likely happened. It’s a very rare event to have happen. I remember when a little league baseball player died right on the baseball field after a ball hit him in the chest at the exact right time.

I’m extremely relieved that it wasn’t an internal decapitation. It really looked to be the case last night when he collapsed immediately after adjusting his helmet. At now least if he survives, he should still be able to walk.

I’m glad he survived - a situation like that is obviously serious. I actually have an implanted defibrillator due to an autoimmune problem that can cause the electrical signals to the heart to go awry. That puts me at risk for cardiac arrest.

Often, someone who goes into cardiac arrest doesn’t survive. Thankfully, the NFL had procedures in place to ensure medical personnel are onsite during games in case something like this comes up. If you can get medical attention quickly in a situation like this, it improves the prognosis a lot.

Praying for his recovery and thankful that it didn’t take his life.

I wonder if he took adderall or any other PE drugs.

They likely won’t tell us this.

This is interesting. A player did lose his life on the NFL field after having a heart attack in 1971. 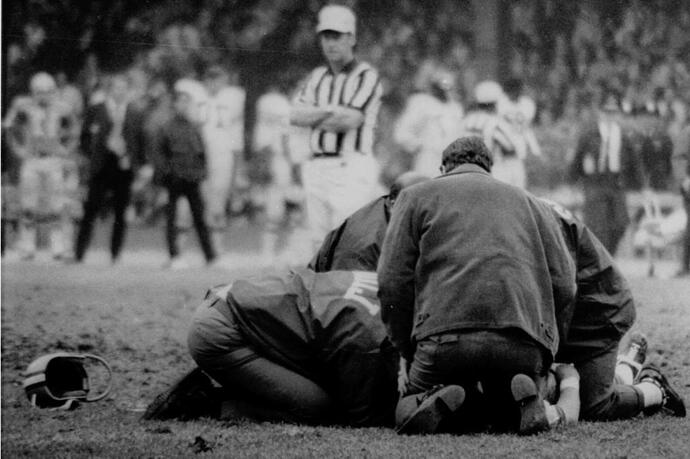 Fifty years ago Sunday, the NFL saw its worst possible nightmare play out on the field at Tiger Stadium. F

Talking about release from hospital soon for Hamlin. 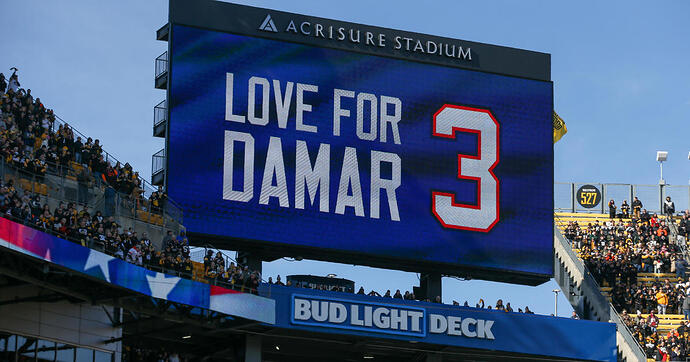 Bills safety Damar Hamlin has shown continued progress with his recovery after his cardiac arrest and on-field collapse.

He on the news that he is back in Buffalo as of today.

I wonder if he took adderall or any other PE drugs.

They likely won’t tell us this.

IMHO the routine drug tests would catch this. I was listening to a guy who played safety at the Titans for 12 years and is now a medical Doctor. And he said that it is that he might have been in fine physical condition and took a impact at exactly the time where it would stop his heart. He said that what a lot of people don’t realize is that as a Safety you are running at full speed at a player coming at you running full speed. And that most of the time the television picture does not relate how violent those collisions can be.

He on the news that he is back in Buffalo as of today.

I saw where Damar, multiple Coaches from both teams and players from both teams gave a proper shout out to the Paramedics who were on the field. And Damar also included the medical staff at the hospital who he credits for him being alive. It was good to hear that he is back home and doing much better.