Videos of passengers being removed from planes do not indicate federal no-fly...

Videos of belligerent passengers at airports — some donning pro-Trump outfits — being forced off planes or denied boarding are circulating widely on social media, with many users describing the scenes as airport officials informing people that...

“That means the widely circulated footage of angry travelers being forced off of planes or screaming in a terminal likely aren’t reacting to news that they’ve suddenly been put on the federal government’s no-fly list, according to the TSA. Rather, they’re more likely to be depictions of a well-known issue that has been plaguing airlines for months: Flight attendants and airline workers being forced to handle situations in which angry passengers refuse to comply with Covid-19-related safety policies.”

People aren’t being put on the federal no fly list for suspected terrorists.

They are being put on the specific airlines no fly list for being unruly and not obeying the airline rules.

Obviously some trump supporters feel they don’t have to abide by rules.

Don’t ■■■■■■■ complain about being denied boarding when you have flaunted the rules in the past.

I though everyone liked agitators and shaking thinks up.

What better place than a turbulent flight. 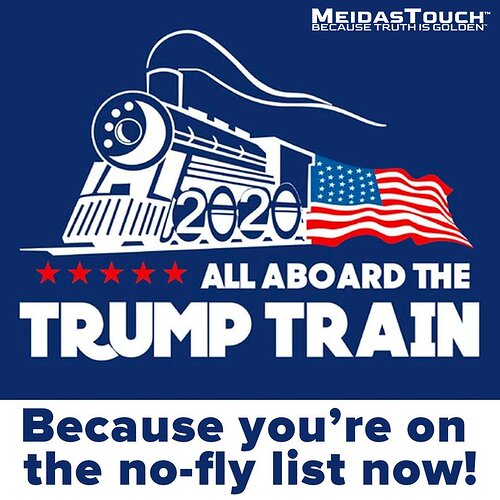