PELOSI PANICS: Growing Number of Dems Looking to DITCH Nancy Ahead of Midterms

House Minority Leader Nancy Pelosi is facing a growing revolt from within her own party in recent weeks, with more and more Democratic candidates saying they won’t vote for Pelosi as Speaker should they retake Congress this fall.

According to Fox News, Democrats across the country are weighing whether to support the California congresswoman ahead of the 2018 midterms; going so far as refusing to pledge support for Pelosi during Town Hall events and rallies. 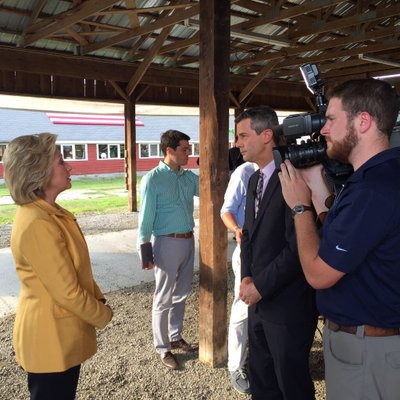 2018 WATCH: Only one of the ten Democratic congressional candidates running in #nh01 who were taking part in a @hamptondems forum last night said they would support @NancyPelosi as House Speaker #nhpolitics #2018Midterms https://t.co/j6NqiHTeDt

“Perceived Pelosi ties could hurt the Democrats’ bid to hold the seat in the fall. In Pennsylvania, Democrat Conor Lamb surely made similar calculations earlier this year when he vowed not to support Pelosi for speaker – and went on to win a special election in a deep-red district that President Trump carried in 2016 by 20 percentage points,” writes Fox News.

“Nancy Pelosi is by far the most toxic politician in the country, and we continue to see her toxicity increase. CLF will spend millions of dollars reminding voters just how bad Nancy Pelosi is for the country,” added the Conservative Leadership PAC.

Who’s going to replace her?

Keith Ellison…he’s about the only one that is radical enough for the left-wing extremist.

Correction. I think Maxine Waters is ideal candidate for em.

Libs will support that.