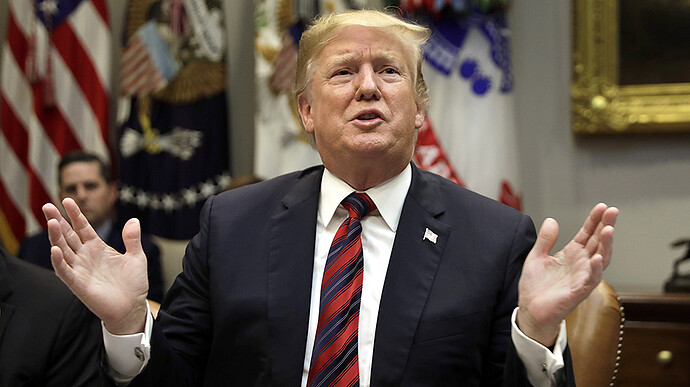 I realize that most Trump supporters don’t care about this kind of stuff but it will be interesting to see how the courts rule and seeing how swing voters react.

And, yes, i realize that it’s shocking that Trump would be involved in shady money stuff.

They’re looking to ban Trump and his three kids from running charities and collecting millions in penalties.

Geez. There’s nothing this scumbag isn’t capable of.

Of course he did. It’s his charity isn’t it?

So this means there was no collusion, right?

“At a rally around that time, Trump called for supporters to donate to veterans’ charities. The suit alleges the foundation acted as a pass-through for people who heeded his call for donations.”

Good gosh! They are suing because he used the opportunity of his campaign to collect donations for veterans charities!
World turned upside down. He, along with Amazon, need to get out of NY.

Doesn’t everything that happens in the Trump/Manafort/whomever investigations mean no collusion?

Pay the fine and move on.

Every hunt turns up a witch. Awesome

It seems like these witches are pretty slow and easy to catch.