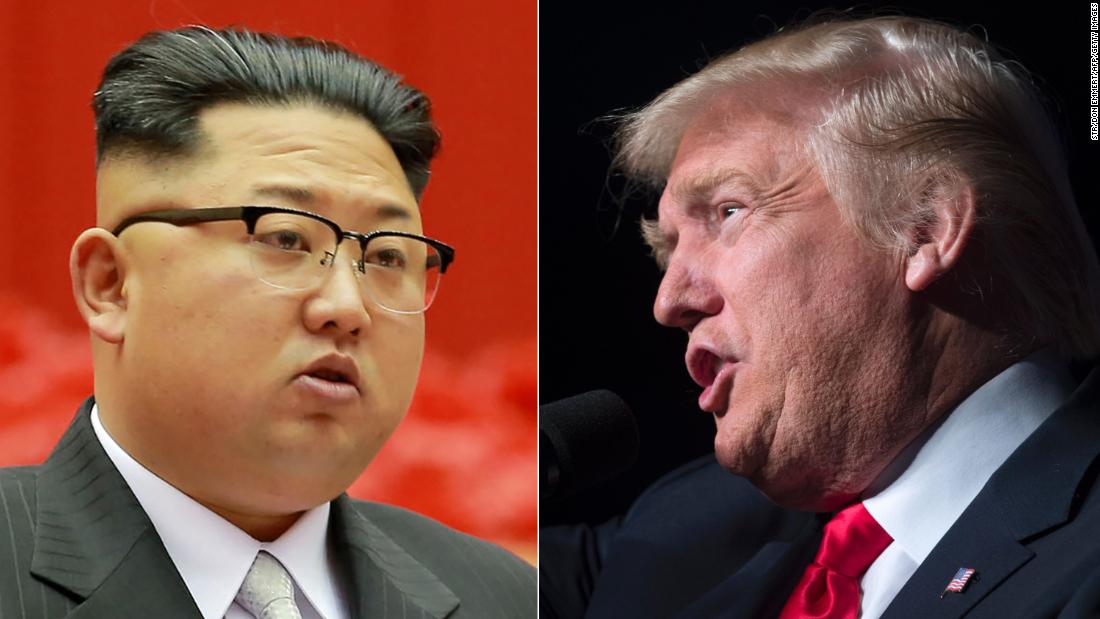 A North Korean official has lashed out at US Vice President Mike Pence and said Pyongyang is ready for a nuclear showdown if dialogue with the United States fails.

“Whether the US will meet us at a meeting room or encounter us at nuclear-to-nuclear showdown is entirely dependent upon the decision and behavior of the United States,” Choe said in comments carried by North Korea’s state-run KCNA news agency Thursday.

"Choe called Pence a “political dummy” for comparing Libya to North Korea. She noted that Libya’s nuclear program was in its early stages when it came to the negotiating table, while North Korea has spent years developing its nuclear weapons.

“As a person involved in the US affairs, I cannot suppress my surprise at such ignorant and stupid remarks gushing out from the mouth of the US vice president,” she said."

You can’t trust North Korea. I think Trump and Co are probably figuring that out now. They won’t be bullied and, as posters here have said for years, it will take China to control them.

Speaking of China, did you see where Trump said that their President is a world class poker player?

Ego is a strong force on both sides of this nuclear table and when it comes to ego…Trump has met his match. President Teddy Roosevelt said to walk softly but carry a big stick. We’ve got the big stick but I don’t think fee, fi, fo, fum counts as walking softly. Hopefully in this instance, Teddy was wrong?

Actually at this point all Trump has is loud talk and no stick. This pissing match is like watching two douchebags from Jersey Shore get in a fight. I’ll watch. But I don’t give much of a ■■■■ who wins because it’s not going to change anything.

This was my big worry with Trump…that he would have zero understanding that you always need to leave an opponent with a face-saving way of escape.

This pissing match is like watching two douchebags from Jersey Shore get in a fight.

That is so funny.

This exactly. If there is a dilemma between the interests of the US and Trump’s ego, I don’t like our chances.

That’s always been the concern, the orange idiot’s massive ego.

That’s the “traditional” method and it’s how I would think it’s done. We must admit though, this is a 1st time event and neither of the two leaders are traditional. What really exacerbates this meeting is that we’re discussing nuclear arms.

You say traditional, I think you mean rational.

Just another example of how terrible a negotiator Trump actually is. This is a little different than BSing your way through shady real estate deals.

I didn’t want to use “rational” and “nuclear” in the same sentence. It might scare rational people?

I just got a text from my mom a minute ago that the meeting has been cancelled. Off to investigate.

?? Are you of Korean descent?

?? Are you of Korean descent?

If the shoe fits…Pence will wear it!

Don’t worry… there’s still Middle East peace… it should be so easy… if Jared can’t get it done, no one can.