The nine ring leaders of the Umbrella revolution have been found guilty of their action of causing “Mass panic” and will likely be sentenced to decided in Jail. well the West was fast to call out for freedom in Venezuela I doubt these nine people will be championed as heroes by world leaders due to the fear of China.

But the consequences for the nine leaders of the pro-democracy umbrella movement convicted by a Hong Kong court this morning are likely to be dire; up to seven years in jail for each count.

The 268-page judgment calls the massive 2014 demonstrations, which saw hundreds of thousands spill into the streets in support of the right of Hong Kong residents to select their own political leader, “naive.” And it categorizes the 79-day blockade of the city’s central business district and a main shopping thoroughfare as “unreasonable disruptions to public order.” 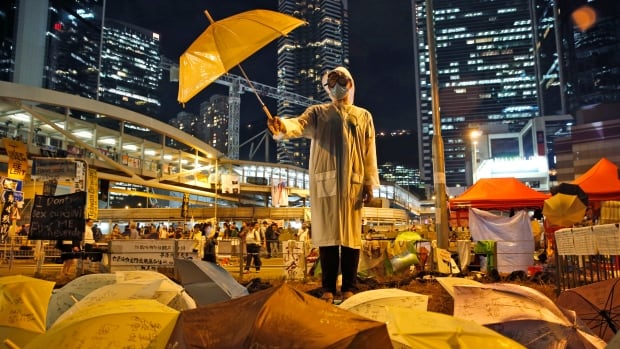 A closer look at the day's most notable stories with The National's Jonathon Gatehouse: organizers of Hong Kong's 'umbrella revolution' found guilty; uncertain future for an intellectually challenged man and his parents; unconventional U.K. family...