Coal mines back East may be shutting down – but a new coal mine in Utah is set to open. This comes after another was granted rights to a new coal seam under the Obama administration.

“It would be a boon to the Utah economy. … We are talking in the neighborhood of 100 employees,” Atwood added. “These are all high-paying jobs in a rural economy.”

Wolverine plans to convert the mine from a continuous to a long-wall operation, he said, which would employ between 300 and 400.

When fully up and running that 300 to 400 high paying jobs for American’s.

Why a new coal mine in Utah (and another set to expand) while one’s back east are having financial difficulty?

Yet Asian economies remain hungry for coal, especially coal from Utah, which packs high amounts of energy, but produces less ash and contains smaller amounts of pollution-forming sulfur than most of the world’s coal, Atwood said. 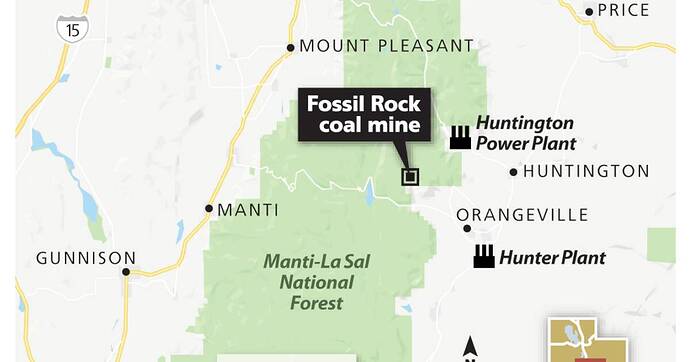 Closed eastern Utah coal mine to start up again, could bring up to 400 jobs

Under a new name, Utah’s long-shuttered Trail Mountain coal mine is expected to resume production despite flagging demand for coal among U.S. power generators.

And if this coal company was smart, it would offer experienced Coal Miners in WV, Va, Tenn and other eastern mining areas a nice relocation package to run this new factory.

This is good news and the way the market should be for energy.

If I understand right, a lot of the Eastern mines are open pit or strip mines. Longwall is a completely different animal than they would be used to.

If I understand right, a lot of the Eastern mines are open pit or strip mines. Longwall is a completely different animal than they would be used to.

Interesting. I don’t know much about mining, so I’ll defer to more experienced people. However, it is a good thing either way.