So much faith in weak governments made up of frail bureaucrats. 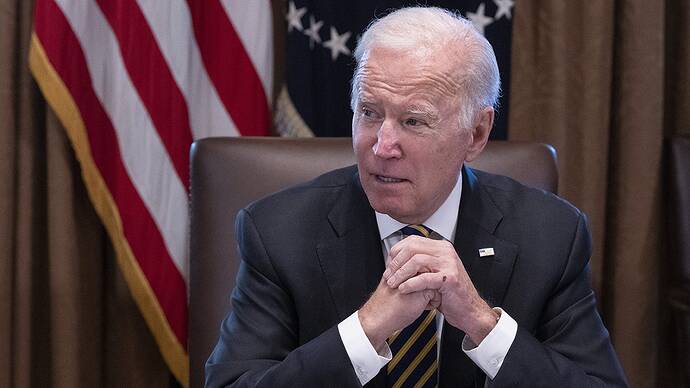 Treasury Secretary Janet Yellen on Sunday claimed that the end of inflation will depend on the pandemic and whether there is a “successful” response to COVID-19 by the Biden Administration.

such a floundering bunch of childish clowns

they say this stupid ■■■■ only for their idiots

truth is they are clueless, dont care, and just perfect their excuses

“When the economy recovers enough from COVID that demand patterns – people go back to eating out, traveling more, spending more on services, and the demand for products, for goods begins to go back to normal,” Yellen said. “Labor supply has been impacted by the pandemic. Labor force participation is down. It hasn’t recovered.”

We are in a Catch 22 situation. People in power are afraid they will be blamed for the spread of the virus and will be voted out of office. They then make the people fearful so they do what they are told so that hopefully the virus will wane, they can claim credit, and the people will return them to office.

Meanwhile, fearful people are doing things that effect the economy, blame the government, who then blames Covid and here we go around the circle once more.

Government: Tell the people all the reasons they need not be fearful. There are vaccines; there are new remedies; many cases are mild. Tell the people their government trusts them to make their own decisions on what is best for them and their families.

People: Don’t blame the government. We are a free, independent people, most of who wish to remain that way. We don’t need Big Brother telling us how to take care of ourselves. That’s our job. The government has other things on its plate that need national, not individual attention.

Once both sides let go of their fear, see how quickly we all will move on.

I find it ironic that some of the anti-vaxxers here are countering the major diversion status of hospitals in the South in Aug-Sept (me claiming that it was due to in a surge in unvaccinated COVID-19 patients, because they are getting the sickest) with the fact that nurses are leaving the profession, that’s why there are no beds in hospitals, and that is that, end of discussion.

But why are they leaving? They are leaving due to high acuity patients, who are very sick and are dying despite all their best efforts to help them and ultimately save them. They are getting burned out because they are understaffed, and overworked, with many of these high acuity patients on ventilators that require around-the-clock care to manage their breathing, and a whole team of staffers including a respiratory therapist and nruses to turn them because they are so fragile.

Indirectly, that doesn’t refute my point, and makes yet another case that either people need to bust their butts getting more therapies through (including Biden, Fauci, et al.) or that people need to bite the bullet and get vaxxed- and ultimately, do what they can to try to stay out of the hospital. Hospitalization should be a last resort- it’s there for people who need it, sure, but being in the hospital, particularly on a ventilator, can be bad to traumatic. They stick an entire tube down your throat and you’re stuck there. No going off the unit, no visitors. You’re stuck with this tube in your nose or your mouth, and your lungs are probably hurting like hell, you feel like you’re breathing through a straw at first…the most visitation you might get is through Zoom or Skype. Who would want to be in that situation or risk it? Everyone who comes into your room is masked, gloved, and gowned- looking like an astronaut or an alien- you don’t get to see smiling faces. And it’s expensive. I can’t imagine the cost of being the hospital for weeks, or perhaps the cost of a ventilator or an ECMO machine.

He never had a plan.

Or as kamala would say, “the plan. Capital T, capital P.”

Wouldn’t it be nice if they’d tell the truth about all the adverse reactions??

The only plan was to oust Trump.

Now we are in a time where his policy opposites ruin the America First initiative.

He never had a plan.

he did… WWTD. then take the credit

I guess she got tired of blaming Trump. Now, it’s the anti Vaxers causing inflation not govt policy.