I honestly don’t remember Miles Taylor, the revolving door moves way too quickly for me. But…anyway, MSM is touting this, so I wanted to see how the right is feeling about this. No news on the FOX site and nothing on Breitbart. Surprised.

“ The White House did not immediately return HuffPost’s requests for comment on the allegations from Taylor, who is now one of the highest-ranking former Trump officials to endorse former Vice President Biden in his campaign to unseat Trump.”

Yes saw that on the Lincoln Project Twitter site

He wrote an op-ed in the Washington Post as well.

He basically states that trump is a clear and present danger to all Americans if he gers re-elected. 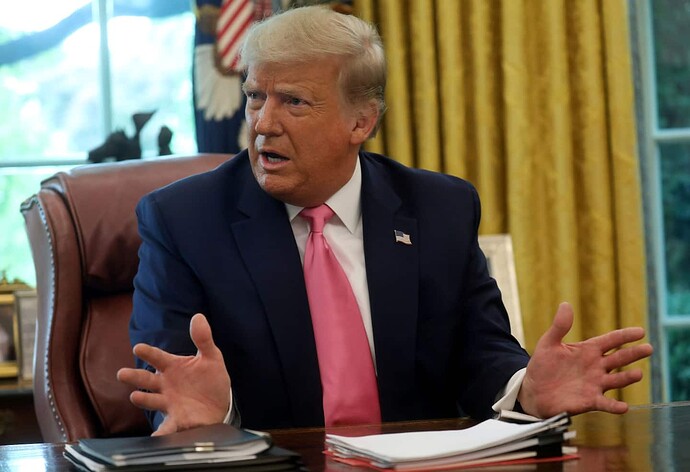 Opinion | At Homeland Security, I saw firsthand how dangerous Trump is for...

Four more years of this are unthinkable.

“The president has tried to turn DHS, the nation’s largest law enforcement agency, into a tool used for his political benefit. He insisted on a near-total focus on issues that he said were central to his reelection — in particular building a wall on the U.S. border with Mexico”

Let me save others the trouble

Four more years will only increase America’s weaknesses and decrease global security. This is truly a terrifying time.

“Top DHS officials were regularly diverted from dealing with genuine security threats by the chore of responding to these inappropriate and often absurd executive requests, at all hours of the day and night. One morning it might be a demand to shut off congressionally appropriated funds to a foreign ally that had angered him, and that evening it might be a request to sharpen the spikes atop the border wall so they’d be more damaging to human flesh (“How much would that cost us?”). Meanwhile, Trump showed vanishingly little interest in subjects of vital national security interest, including cybersecurity, domestic terrorism and malicious foreign interference in U.S. affairs”

Spikes are looking a little dull today, who do we have on sharpening duty? Well call them anyways.

I’m sure he can get a contractor to do it for a few billion at tax payers expense.

“On October 21st, it was revealed that Google hired Miles Taylor”

“On October 21st, it was revealed that Google hired Miles Taylor”

Trump is a horrendous hirer. Everyone he hires who in any way shape or form disagrees with him or provides some constructive criticism are found to be part of the deep state and left wing globalist agenda.

If I had hired, fired Or lost as many people Trump has, in my job, chances are I would be fired myself and quite rightly so.

“ I am self funding and will hire the best people…not the biggest donors!”

If I had hired, fired Or lost as many people Trump has, in my job, chances are I would be fired myself and quite rightly so.

I agree. When ever anyone is fired, the first question I want to know is…who hired them? Trump has not shown himself to be the best at hiring the right people for a specific job.

Let me save others the trouble Alas, I’ll take the bait. Haven’t forgotten you though! I guess the only way to prove it is to tell some stories. Maybe until the election. What do you think? twitter.com/realDonaldTrum… https://t.co/m3msUsDJyZ Indeed. And it is yet another one, of many, many people who worked closely and directly with Trump, who have spoken about how unfit for office he is. Jim Mattis. John Kelly. John Bolton. All saying the same thing. This man is completely incapable of performing the duties of this job. Trump. Must. Go!

It almost seems that Trump must be part of the deep state given his track record in hiring people to be part of his administration.

Perhaps one of the greatest understatements ever posted on this site.

Who is the person on Trump’s left?