What does the Bible say about Satan?

Is he responsible for all evil?

Does the Bible really tell about a being so powerful that he could keep God’s creation in turmoil for thousands of years?

Is Satan/ the (D)evil all powerful?

Is Satan All knowing?

Is Satan powerful enough to cause chaos all over the world at the same time?

IMO it’s a metaphor for the evil within us all. These days, most people refer to it as the Ego.

A loanword is a word taken from another language that is completely or partially letter for letter.

This is called transliteration. –“names from one language are often transliterated into another”

Translators often take the liberty of picking and choosing when to translate and when to transliterate depending on their own understanding. The consequences are that very meaning of the loanword is changed. A translator should translate and leave the interpreting to the reader.

The word “satan” is a loanword. The Hebrew word satan, (Strong’s 7854) means adversary or accuser. No proper name is given. It is transliterated Satan in the Greek and capitalized, making it a proper name. The Hebrew language had only one case - no capitalization.

Is it proper to assign a proper name to the word satan, or should it be translated adversary or accuser each time?

There is another word “satan” (Strong’s 7853) that is spelled the same with one vowel sound different, - the root word from which 7854 comes. It is a verb, meaning to accuse or oppose, but is translated as a noun. It is never translated as Satan.

I think it is important to know if the writers of the Bible ever meant this word to be applied as a proper name for an evil archenemy of God. If not, it should be thrown out and replaced with adversary or accuser.

Jesus was tempted in the wilderness by Satan.

Buddha was tempted in the Forest wilderness by Mara. Mara is called "the destroyer, " “adversary”, and many other titles, such as “5th Devil of the 6th Heaven.” These temptations were a major victory over evil.

Once the devil is defeated then the mission of salvation for all is revealed to mankind. 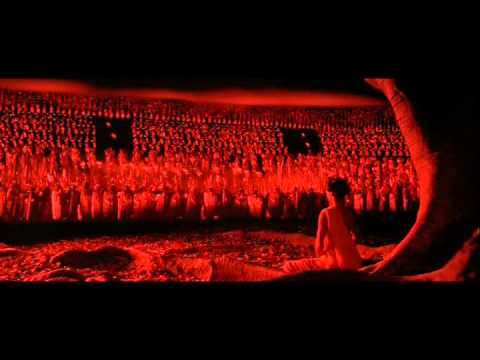 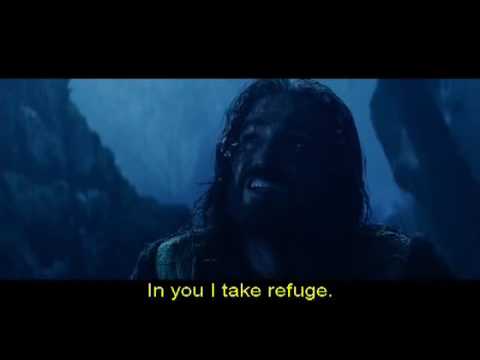 IMO it’s a metaphor for the evil within us all. These days, most people refer to it as the Ego.

I agree. Ego - Pride is the deadliest of all.

The Ego is behind every sin/evil act ever committed. It’s not “him” making us sin. It’s us.

What does the Bible say about Satan?

Is he responsible for all evil?

Does the Bible really tell about a being so powerful that he could keep God’s creation in turmoil for thousands of years?

Is Satan/ the (D)evil all powerful?

Is Satan All knowing?

Is Satan powerful enough to cause chaos all over the world at the same time?

What. is “Ego death”

These awakenings that defeat evil are real events, internal to a human being That is interesting rp. I haven’t listened to all of it yet, but I intend to do so.

In Isaiah, Lucifer the king of Babylon wants to ascent up above the heavens and seize God’s throne.

Isaiah 14:12 “How art thou fallen from heaven, O Lucifer, son of the morning! [how] art thou cut down to the ground, which didst weaken the nations! 13 For thou hast said in thine heart, I will ascend into heaven, I will exalt my throne above the stars of God: I will sit also upon the mount of the congregation, in the sides of the north: 14 I will ascend above the heights of the clouds; I will be like the most High. 15 Yet thou shalt be brought down to hell, to the sides of the pit.”

This is an actual quote from a Ugaritic legend about the god Attr - – Hebrew for Lucifer is the equivalent of Attr. Attr wanted to become the head of the gods and he succeeded …in mythology.

Persian mythology developed in what is now Iran after about 1500 B . C . About a thousand years later, a religion known as Zoroastrianism emerged in the region. It held on to many of the earlier beliefs but added new themes, deities, and myths. The result was a mythology based on a dualistic vision: a cosmic conflict between good and evil.

Background and Sources. The roots of Persian mythology lie in the steppes of southern Russia and Central Asia. Between 1500 and 1000 B . C ., Indo-European peoples migrated south from the steppes into the regions now known as Turkey, Iran, and northern India. Those who settled in Iran became the Persians. Their mythology had much in common with that of the early Hindus and probably developed from a common Indo-European source. In time, the Persians also absorbed influences from Mesopotamia ***** on their western border.

The religious reformer and prophet Zoroaster (probably born around 628 B . C .) founded the faith that dominated Persia until the arrival of Islam in the A . D . 600S. Apart from somewhat unreliable accounts by ancient Greek historians, the earliest information about Persian mythology comes from Zoroastrianism’s sacred book, the Zend-Avesta or Avesta. Much of the original Zend-Avesta was lost after Alexander the Great conquered Persia in 334 B . C . What survives is a set of writings gathered and arranged between A . D . 200 and 600. One section, the Gathas, consists of songs believed to have been composed by Zoroaster. Much mythological material can be found in another section containing Yashts, hymns addressed to angels and heroes.

The gospel uses gnostic philosophy to show the endless superiority of the true gospel story, over the meaningless philosophies of the 1st century world where John wrote.