The question is…do the Q-folk take their cues from Russia?

Or does Russia mimic the Qs?

I supposed it could be convergent evolution of bat ■■■■ craziness.

Anyway, this was a thoroughly enjoyable read. 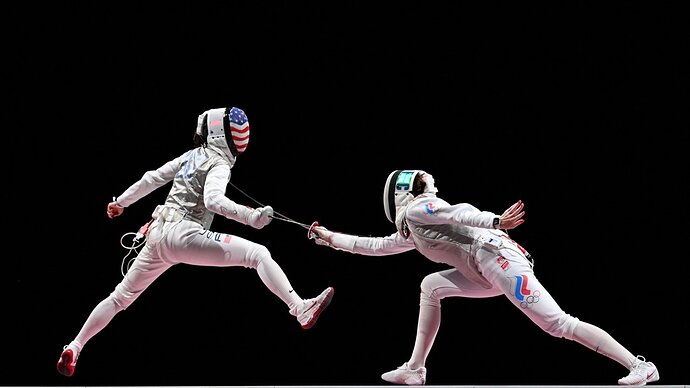 Russia Melts Down: U.S. Rigged Olympics to Steal Our Golds

After failing to clinch gold in rhythmic gymnastics for the first time in 25 years, Russians coped by spouting baseless conspiracy theories.

The predictions last week, complete with Russia’s reasoning why the US would continue to become weaker and weaker (and from whom have we heard this before?)

The host of the state TV show 60 Minutes, Olga Skabeeva, pontificated: “You can’t beat China. They have the most gold medals.” Eager to inject Russia’s notorious transphobic rhetoric into the conversation, Skabeeva added: “And none of them are transgenders, so they will keep procreating."

And the predictable response when reality failed to conform to what they believe it to be:

“Tokyo Olympics are the clearest example of total Russophobia. These Olympic Games stink. Global sports forever ceased being an honest competition, turning into a cheap political farce,” Skabeeva raged on Monday’s broadcast of 60 Minutes . She baselessly alleged: “At the behest of Americans, the International Olympic Committee took away two gold medals from Russia.”

And score one for the “parade of freaks and perverts”.

Did Russia compete this year? I thought they were suspended?

Actually, they did compete.

‘We Will ROC You’: How Russians Crushed the Tokyo Olympics Under an Alias - WSJ

Story cuts off before it explains how they competed, but I’m not surprised at them finding a loophole. Some punishment for cheating. lol

Russia needs to keep it’s mouth shut, or else they won’t be able to compete under ‘ROC’ either.

Story cuts off before it explains how they competed, but I’m not surprised at them finding a loophole. Some punishment for cheating. lol

The whole thing was a joke. Their only punishment was not being able to use the Russian flag and anthem, so they used a generic flag and played Tchaikovsky instead. That’ll teach 'em!