Kid rock is a role model

He speaks ill of oprah. 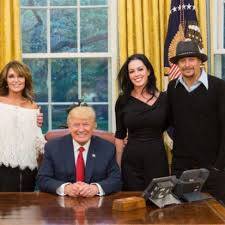 He’s just being groomed to take the place of Ted Nugent when that ■■■■■■■■ kicks off.

It can be argued whether or not Kid Rock is racist.

It can’t be argued that he doesn’t have limited brain cells left after years of alcohol and drug abuse.

I know of very very few celebrities that are good roled models.

If he knows how to tweet troll the libz, he could make a good 2024 GOP candidate.

He must be dead because I doubt prison would have shut the Nuge up.

I know of very very few celebrities that are good roled models.

Oprah,s not a bad one.

Made her fortune though hard work.

The most offensive thing about Kid Rock is his garbage music.

Eh, all in how you look at it I guess:

“Where Oprah got that nonsense about growing up in filth and roaches I have no idea,” said the relative, Katherine Carr Esters. “I’ve confronted her and asked, ‘Why do you tell such lies?’ Oprah told me, ‘That’s what people want to hear. The truth is boring.’ ”

Not honest about how “poor” she was growing up.

As a teen, Winfrey was a wild child, promiscuous to the point of prostitution, her relatives said.

Just about everyone has skeletons in the closet.

Oprah Winfrey — who built a billion-dollar empire persuading everyone from celebs to average Joes to reveal the truth about themselves — is a big phony when it comes to her own past, an…

Just about everyone has skeletons in the closet

Still quite a role model, in spite of not being perfect.