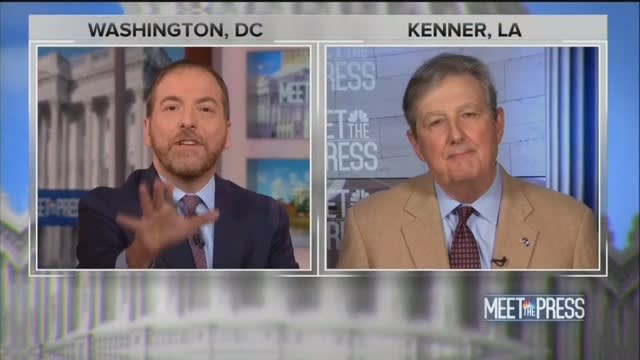 He makes a statement. A week ago he walks it back. And then he goes out yesterday and doubles down.
Folks, this is just stupid Trump support. And I predict that those Republican Congressman and Senators that are not in solid red districts and states are going to pay a price for this BS.

Nobody but rabid partisans are buying this.

If it gives you comfort, believe away.

Trump is gaining in the polls and impeachment is fading.

Trump is gaining in the polls and impeachment is fading.

Which polls are you looking at?
The ones that I am seeing are that Trump is underwater in some key districts that he won in 2016.
Trump is doing nothing to increase his base.
And the polls I am looking at show he has lost 3 -5% of his base.
His margins in the EC were razor thin in the last election.
And you guys are saying that this thing is in the bag.
Sorry, but I don’t see it.
We still have eleven months.
And a lot can happen.
But as of now, I don’t see him getting four more years.

National polls are meaningless.
They were when the whole dem field was ahead of trump.

And almost a year to go with a probable impeachment trial and the release of his tax returns in the interim.