John Doe is the unidentified United States Citizen held by the United States Military since last September. To this point, he has prevailed in District Court before United States District Judge Tanya Chutkan, who has ruled that the military cannot transfer him to Saudi Arabia, where he holds dual citizenship.

The Trump administration has nothing to charge him with, but does not want to release him into the United States.

They appealed the District Court decision to the DC Circuit, which today ruled in favor of John Doe.

The decision is under seal and we know little more than United States Circuit Judges Henderson, Srinivasan and Wilkins comprised the panel.

He must be American by birth or they would have tried to revoke his citizenship by now.

He must be American by birth or they would have tried to revoke his citizenship by now.

Only an Article III Judge can revoke his citizenship and that would have to be done in open court.

Why is it “botched”? It sounds like he’s a huge risk but has done nothing he can be charged with yet?

Seeing how the government is going to give him a large sum of money and a flight back to America.

Most likely, if John Doe prevails in this case, he will be brought back to the United States and released.

His ability to subsequently recover damages from the United States for unlawful detention a quite circumscribed, due to sovereign immunity.

Release him how about try him for treason.

Anyway in WW2 more than one American of German descent was captured in Europe fighting for the Germans.

They were not mirandized, were not charged,and were held without a predefo definite release date
IOW held indefinitely without trial.

I wonder. Were Roosevelt and Eisenhower war criminals for doing that?

Should those poor Americans have been released free as a birds in America?

Very unlikely that a Treason charge could have been successfully prosecuted, even had they brought him to the United States right away.

Treason is, deliberately, a very difficult charge to convict on. We are not technically in a State of War with ISIS, so it is not enough that he merely adhered to ISIS and gave them aid and comfort. He would have had to commit an overt act of aggression against the United States that was observed by the mandatory two witnesses. Because the United States can’t even find a lesser charge to prosecute him with, it is pretty much a given that they don’t have the “overt act” and two witnesses necessary to charge him with treason.

The fact that they cannot make a lesser charge stick tells me that treason is out of the question.

They did not have to be mirandized. that was the 40’s

If this was the Obama admin, this terrorist would prolly be dead.

Yeah kinda like being a member of the German Army caught while im base camp.

Can’t hold him without trial?
I believe the Eisenhower and Roosevelt were right to treat them like any other enemy.

Yeah kinda like being a member of the German Army caught while im base camp.

Can’t hold him without trial?
I believe the Eisenhower and Roosevelt were right to treat them like any other enemy.

There were very few treason trials during WWII. Tokyo Rose, Axis Sally and a handful of others.

Since I originally posted this OP, decision has been reviewed for security purposes and has now been fully released. It was released on May 9, but I missed it at the time.

The U.S. Court of Appeals for the D.C. Circuit has released its opinion affirming the lower court's injunction on the U.S. military's planned transfer of John Doe, a U.S. citizen held in military custody in Iraq. The court ruled on Monday, but the...

The full Opinion of the Court by Judge Sri Srinivasan (joined by Judge Robert Wilkins) and the full dissent by Judge Karen Henderson is at the above link.

Interesting. So the habeus corpus case isn’t yet decided. This decision appears to prevent U.S. Forces from quietly handing over American John Doe to Syria, from his U.S. custody in Iraq, so that the Syrians can torture Mr. Doe to death, making the habeus case moot.

Pretty much the state of things at the moment. However, “Country B” is Saudi Arabia. “Country A” is more likely to be Iraq.

Not to worry; the Obama administration established that the President is free to kill anyone he wishes based on an internal review within the executive branch.

Based on that logic, all the President needs to do is to release John Doe and immediately order a drone strike to do him in. 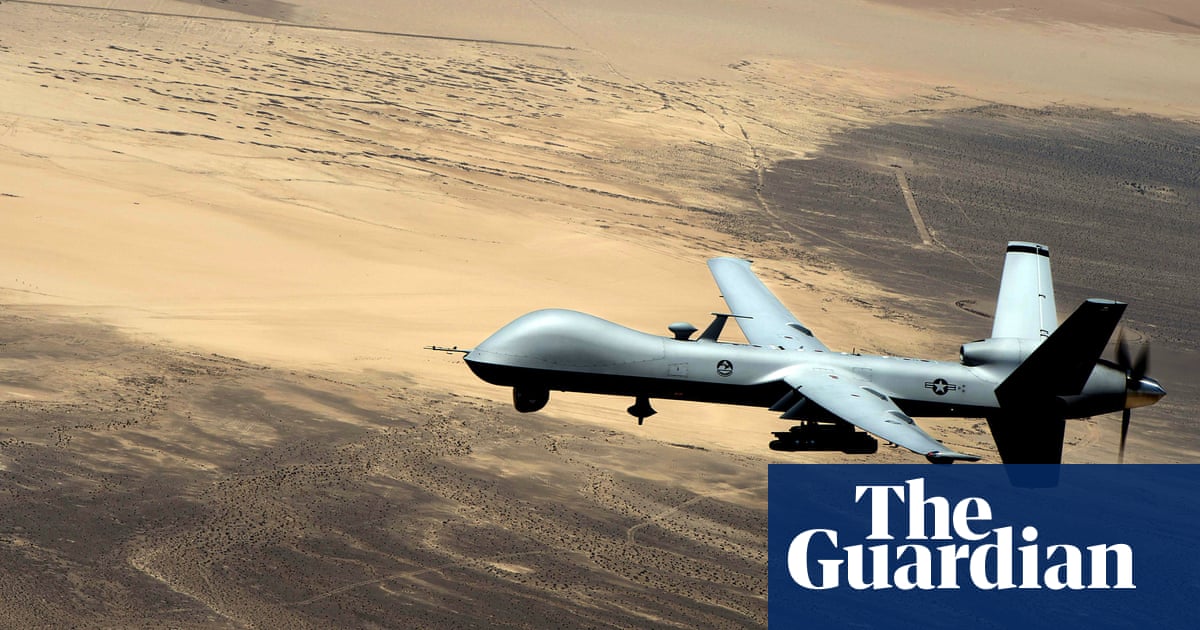 How the US justifies drone strikes: targeted killing, secrecy and the law

For decades the US condemned targeted killings, characterizing them as assassinations – but it was unclear what distinguished America’s drone campaign from the killings it historically rejected as unlawful

He won’t survive the outcome.