Is diplomacy with China important?

According to the article in the link below, China could overwhelm our conventional forces quite easily.

We’re no longer the big dog when it comes to military might.

So if China wanted to invade Hong Kong… 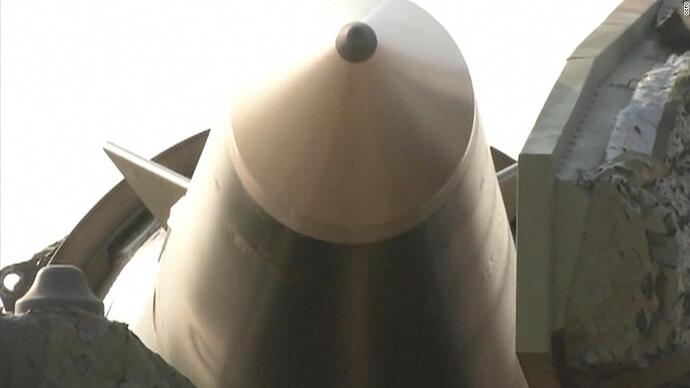 China could overwhelm US military in Asia in hours, Australian report says - CNN

The US military is no longer the primary force in Asia, and missiles from China's rapidly improving military could overwhelm its bases in hours, according to a new report.

Why we never should have opened trade with them. They built those missiles largely with our money. Hoisted by our own petard.

Not only would it not be in our interests to get in a land war over Hong Kong, we would have no legal basis for doing so. So far as I know of, that is not even a question.

I really doubt any sort of armed confrontation is likely anyhow.

And it’s not exactly news that China could take us in a conventional war, hard to overcome their numerical superiority, especially within their neck of the woods.

Even if we could destroy China militarily, diplomacy is still important.

According to the article in the link below, China could overwhelm our conventional forces quite easily.

We’re no longer the big dog when it comes to military might.

So if China wanted to invade Hong Kong…

Eh. They have a navy it would take our navy about an hour to sink and an army that mostly makes toasters and hasn’t left their borders since before I was born.

They could probably overrun us in the first, y’know, day, but the same is true of North Korea. Ask anyone who served in the DMZ what their job was.

Also we’re both nuclear powers so this isn’t even on the table.

If Trump hears about this get ready for a “Pacific wars are easy to win” tweet. So Fox News, this is on you, don’t tell the president about this. In no way am I joking.

A lesson to be learned by both Australia and the USA it is not in the interests of either country to cut its foreign aid which is what both countries are doing. In Australia’s case it should be very mindful of Pacific Island states and their concerns about climate change. To do otherwise, is to play into the hands of China.

So, our fears should just let China and tyranny be the future of the world? What happened to Classic liberalism? Not worth fighting for… ?

What happened to Classic liberalism?

Good question! Liberals used to stand for something substantial that usually benefited everyone while championing for under dogs. But man o man those days are gone. Now its all degrading the country and half the citizenship, tyranny and authoritarianism and all their causes are false while championing lawlessness and corruption. It’s sad and dangerous.

‘‘Never become involved in a land war in Texas’’

Without nukes it could be a china cream pie of a fight.

Their holdings in American assets is a much bigger pain in the ass.