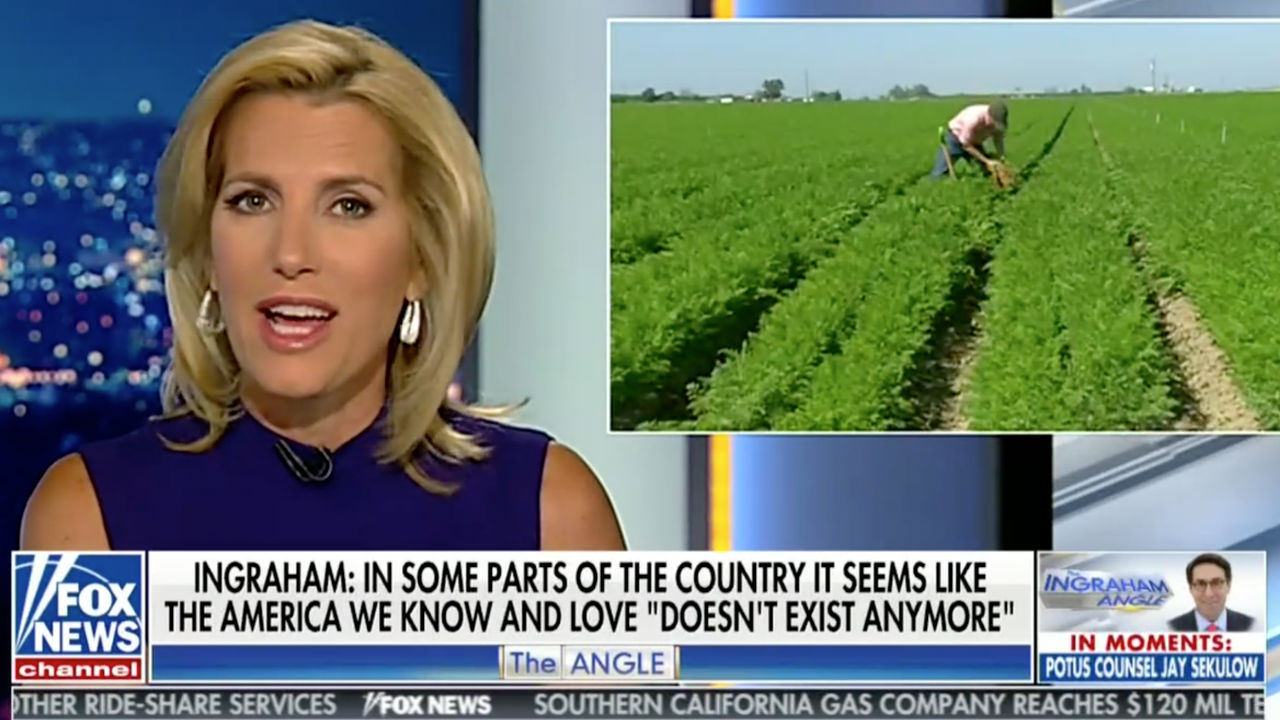 Ingraham: ‘America We Know and Love Doesn’t Exist Anymore’ in Some Places...

Fox News' Laura Ingraham opened her show tonight with "the left's effort to remake America," bringing up recent comments from Alexandra Ocasio-Cortez about how America is changing.

Think they must have forgot to put #whitegenocide on the FNC chyron during this segment.

But remember, it’s only illegal immigration that conservatives have been so worried about, they love legal immigrants!

I’ve been waiting for somebody like this to mention white genocide,I think it is only a matter of time as they are coming out with the same rhetoric as the far right and are largely supported by the same scum.

Yeah…let London be the world’s shining example of illegal/legal immigration.

You don’t know anything about London.I suppose you buy the Muslim no go areas ■■■■■■■■? 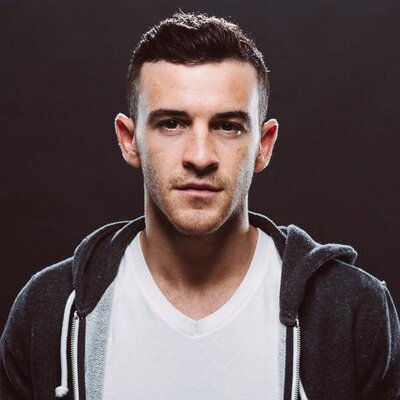 Fox News' Laura Ingraham gives unmitigated, overt racism a try. "...the America that we know and love doesn't exist anymore. Massive demographic changes have been foisted upon the American people. ... Much of this is related to both illegal and in some cases legal immigration." https://t.co/LGYpvM0CBq
Girl_from_Ipanema August 9, 2018, 11:14am #7
1 Like
Nemesis August 9, 2018, 11:15am #8

You don’t know anything about London.I suppose you buy the Muslim no go areas ■■■■■■■■?

A few years ago an infamous poster by the name of Avgbear posted a photo of angry looking men dressed in islamic garb and bear told us this was a photo taken in London. There was some drivel about Howe the election of Khan had emboldened no go zones. Only problem was the background proved that it was not London but some unnamed city from the Middle East. Posters like Smyrna we’re fooled by the photo.

All I can surmise is that they wanted it to be true. I think bear died which is sad and his posts are missed only from an entertainment value.

It is crazy and I agree some of them want it to be true to justify the paranoia and in some cases hatred they have against immigrants.Khan is as British as I am, it amazes me to see people portray him as some kind of immigrant radical Muslim,its totally pathetic.

I actually remember Avgbear as I have been lurking on and off here for years.I didn’t see that particular post you mention but I can well believe the reaction it spawned.

Thanks for posting the context. I think to some, loving baseball, hotdogs, apple pie and Chevrolets…is racist?

Why did you leave London and come to the US?

Laura Ingraham’s of America are scared.

The Donald Trump aberration is emboldening the scared, the disgruntled, the street crossers, the once silent bigots, the previously closeted racists.

That is why we keep seeing so many stories of late of white folks calling the police on “people of color” for the most insane reasons.

And on and on.

Back to the OP.

It is not hysteria or fear that inspires a call for moderation of immigration volume.

It is a pragmatic realization that assimilating people from vastly different cultures is a time consuming process requiring generations, not just years.

Either way the voter has the final word, not the hysterical media.

If you keep labeling white people as privileged all you are going to do is make more and more of them feel unwelcomed in the Democratic Party.

Temporary and smaller % tax cuts for us, versus permanent tax cuts for corporations and larger % cuts for rich elites, will do that.

Why did you leave London and come to the US?

Worked but Never lived in London mate. I am a Yorkshireman. Long convoluted story as to how I ended up here in Indy. But I didn’t leave England looking for something better. It all just sort of happened.

I love living here in the States but I don’t think my life is intrinsically better. Just different. Parts of my life are better and other parts not so much. I will be a citizen one day but that’s on hold right now.

Unlike many posters on this forum I am in a position to compare the two cultures. Holidaying abroad is not that same as living breathing and eating the cultures and dare I say it even those who have served abroad know what it is really like to live in another country because you are cocooned by your own culture. This is the same for Brits who serve abroad with the military, I tell them you don’t really know what it’s like because your life still revolves around a British culture.

I know I started to waffle so I will stop.

If you keep labeling white people as privileged all you are going to do is make more and more of them feel unwelcomed in the Democratic Party.

I am white. I feel very welcomed in the Democratic Party (Far more than I did in the Republican party for the last 10 to 12 years before they finally just LEFT me out of their Party).

White people in America have been privileged via their being white, some more than others; yet many of them may have or seem to have no clue how that privilege manifested itself.

I have been privileged by being white, even though I was born the son of a single mother, a shoe factory worker, living with her parents, in a small Midwest town.

If one is white and the subject of white privilege even the discussion of the topic makes one feel unwelcome, uncomfortable, or even angry, well then I am betting that one is situationally blind, willfully blind, or in plain old denial.

I was wondering how many posts it would take to make this about race. Second post.