Since Trump is our president, I think this thread belongs in politics.

How about a list of all the inaccuracies about Trump - with citations. (That’s the important part of the thread. Not someone’s opinion only, but opinion backed up by fact.)

My aunt received an email today talking about an airline called Tower Air having offered to send its planes to the Middle East to fly stranded US GIS home. And the email claimed (she’s told me this, I did not read the email itself) that the “kicker” in the email is that Tower Air was owned by Trump.)

The email is of course totally bogus - but I’m sure every single person who receives it believes it without doing any fact checking.

I did some fact checking.

There was a claim made by the Trump campaign in 2016 that he’d sent a plane to Florida in 1991 to fly home stranded US GIs. And that wasn’t true either.

Did Donald Trump Transport Stranded Troops on His Own Airplane?.

CEO Frank Lorenzo … began selling off assets including the prized Shuttle operation. Donald Trump placed a winning bid for the Shuttle, its aircraft and landing slots at LaGuardia and National for $380 million dollars that was financed through no less than 22 banks. The newly branded Trump Shuttle took the skies on June 7, 1989.

Timing is everything in business, and unfortunately for Trump he entered the airline game at the wrong time. The US entered an economic recession in the late-‘80’s leading many corporations to cut back on business travel. In addition, tensions in the Middle East leading up to the first Gulf war caused oil prices to spike. This 1-2 punch was devastating for the airline industry and led to the demise of a number of airlines including Eastern and Pan Am. Given these circumstances, the Trump Shuttle lost money, and with Trump continuing to accumulate debt in his other ventures it was becoming increasingly difficult to pay back the loans taken to purchase the airline. In September of 1990 Trump defaulted on his loan and control of the airline went back to the banks led by Citibank.

That story is verified by Time. 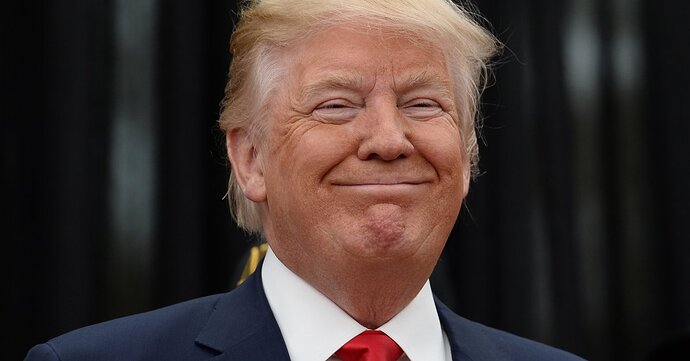 Not everything the Donald has put his name behind has succeeded. TIME takes a look at some gambles that went bust.

Another inaccuracy about Trump is the claim that he certainly colluded with Russia during the 2016 election. Two years of intense investigation has unearthed no evidence to prove that inaccurate claim.

Source- The Mueller report to the DoJ and the DoJ’s evaluation of his collated evidence.