Illegal immigration may be tied to polio-like-illness: build the freaken wall

CDC knows where it is coming from. But they constantly face opposition from the rabid left against publishing what they know. A CDC researcher can be blacklisted for publishing the truth if the truth is politically incorrect.

Of course you have evidence of that happening and didn’t just make it up right?

A CDC researcher can be blacklisted for publishing the truth if the truth is politically incorrect.

Funny thing about that. I googled “CDC research blocked” and this is the only thing that came up. 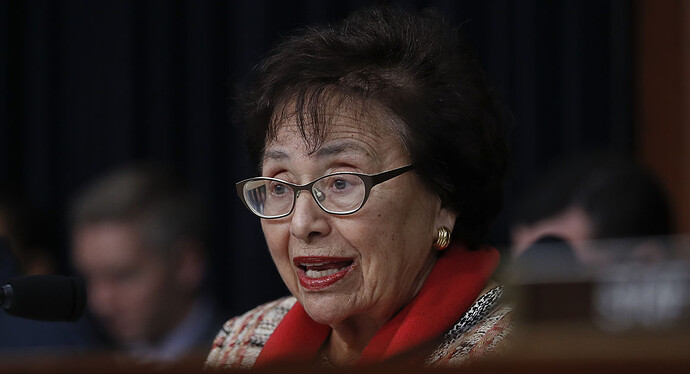 The vote fell along party lines. 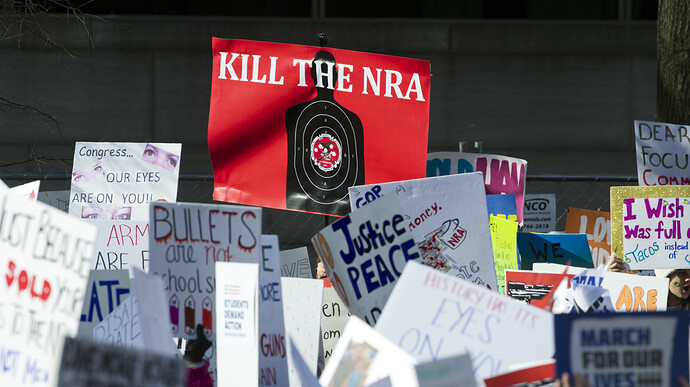 How The NRA Worked To Stifle Gun Violence Research

For decades, the group stood behind legislation that has ended up suppressing such studies through budget cuts and limits on what data can be shared.

Maybe instead of screaming at the sky about walls, you should contact your representatives about keeping the funding for the CDC going and not having their budgets raided as they just were.
https://www.google.com/amp/s/thehill.com/latino/407546-trump-health-dept-diverting-funds-from-nih-cdc-to-pay-for-increased-number-of-migrant%3Famp

“Anything to weaken America”
The lib mantra.

The countermeasure is to build the wall and make it deep as well.

Common sense tells us building a wall will help tremendously with controlling illegal immigration, human trafficking, the flow of drugs, etc. Why on earth does the Democrat Political Leadership continue to block building a wall?

There is no surer way to weaken, destroy and subjugate a prosperous and freedom loving country than by importing the world’s poverty stricken and criminal populations into that country and making the country’s existing citizens tax-slaves to support the economic needs of such an invasion.

Who opposes that? Not me.

You guys would scream if an employer required the same kind of ID that voters SHOULD have though. Your characteristic racism would lead you to say that minorities dont have the intelligence or initiative to get an ID.

CDC knows where it is coming from. But they constantly face opposition from the rabid left against publishing what they know. A CDC researcher can be blacklisted for publishing the truth if the truth is politically incorrect.

The facts are in: Obama’s invasion sparks rise in TB in bordering States!

In answer to Americans who are concerned about the spread of deadly tuberculosis from the ongoing invasion of our borders, they are now being told that tuberculosis is not on the rise in the U.S. Of course, concerned Americans hope we can keep it that way. Unfortunately, with the massive illegal invasion of foreigners from Mexico and Central America during the past ten or so years, there is a rise in tuberculosis along the U.S. Mexican border, and that is very, very, disturbing!

The last REPORT (Preventing and Controlling Tuberculosis Along the U.S.-Mexico Border) I read prepared by the CDC staff members in 2001 begins as follows:

More recently, in March of 2013, I read an article titled Risk of Deadly TB Exposure Grows Along U.S.-Mexico Border**

”North of the border, in San Diego, the overall TB rate is around twice the U.S. national average. Los Angeles is grappling with its worst TB outbreak in a decade, and police have been reminded to use face masks when encountering those who are sick. “You can learn from San Diego how things could play out in the heartland of America,” says Richard Kiy, chief executive of International Community Foundation, a public foundation that supports treatment of drug-resistant TB patients at Dr. Laniado-Laborin’s clinic and elsewhere in Baja California” .

And a few days later the following was released: Tuberculosis, a rising immigration concern on the border

”Emory law professor and immigration expert Polly Price says tuberculosis is on the rise among Mexican- and Latin American-born persons, and it’s a concern along the border, especially with the influx of children recently.”

Judging from the above information, the question is; is there not an imminent health threat from the ongoing invasion of our borders from Mexico and Central America? And if there is, why is our Administration not protecting us from this ongoing invasion?

The United States shall guarantee to every State in this Union a Republican Form of Government, and shall protect each of them against Invasion

You guys would scream if an employer required the same kind of ID that voters SHOULD have though. Your characteristic racism would lead you to say that minorities dont have the intelligence or initiative to get an ID.

What the hell does voter ID have to do with the topic of this thread?

Not true, I live in Los Angeles and encountered no such outbreak.

Not true, I live in Los Angeles and encountered no such outbreak.

The Wall Street Journal is lying? I suspect someone else is either lying or uninformed.

American citizens are sick and tired of being made into tax-slaves to finance the economic needs of millions of poverty stricken, poorly educated, low and unskilled aliens who have invaded America’s borders.

Oh goody more disease-ridden wall paranoia. No wall is going to keep this stuff out. And there’s no proof it is coming from outside of the country.

But this will be fun from an epidemiology point of refuting the build a wall crowd. Where’s my bag of popcorn.

I don’t know what else to tell you, there was no TB epidemic in Los Angeles back in 2013.

Illegal immigration is also the cause of lice, rape, robbery, increases in drug dealing and murder and rape of murdered citizens, polio, innumerable viruses, the bubonic plague, AIDS, people screaming in the streets for no reason, angry forum posts, killer bees, and white hysteria.

This OP is a legitimate danger to America. Unbelievable the amount of ■■■■■■■■ that can be slung here as long as you dress it up in shades of orange.

I suspect someone else is either lying or uninformed.

“Scientists have recently linked the outbreak to one tuberculosis strain that is unique to Los Angeles, with a few isolated cases outside the area.” 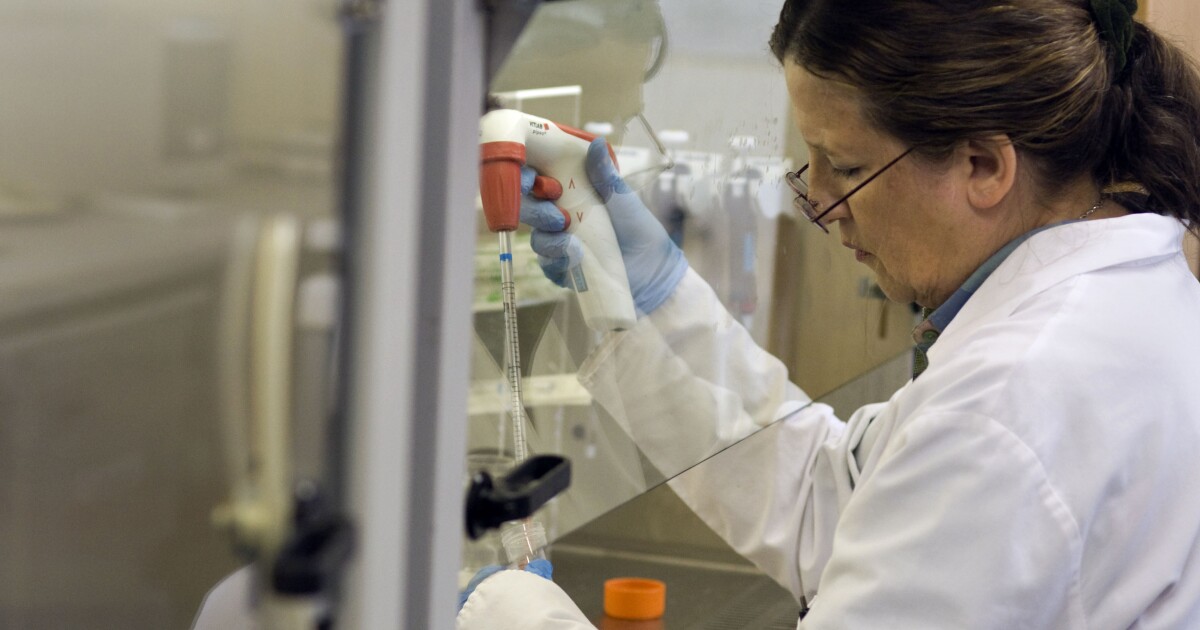 FAQ: Everything you need to know about LA's tuberculosis outbreak

Health officials are looking into what they're calling the largest outbreak of tuberculosis in a decade. We have answers to your questions regarding the disease. 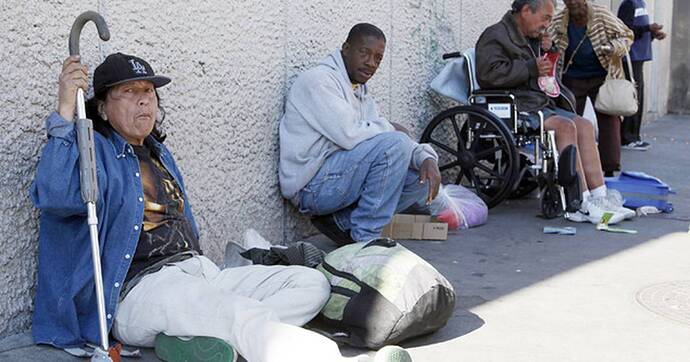 Los Angeles in the grip of tuberculosis outbreak, homeless particularly at risk

In Los Angeles, Skid Row just got even more bleak.

Connect the dots. Focus on the word “ID”. I would hold your hand and help you but … well you have a homoerotic avatar and might get the wrong idea. Not that there’s anything wrong with that.

I’m not going to connect crap for you. I asked you a question, what does voter ID have to do with illegal immigration and polio-like-illnesses?

This disease is mostly linked to mosquito-borne West Nile virus. It affects mostly young children and the elderly. They are exploring other causes…but at this time they have not discovered any other conclusive causes.

West Nile has been around for decades and has never been tied to immigration.

What is acute flaccid myelitis? Acute flaccid myelitis (AFM) is a condition that affects the nervous system, specifically the spinal cord. Most patients have sudden onset of limb (arm and leg) weakness. AFM is thought to be caused by infections with...

All the more reason for a wall. We can’t allow the influx of illegal mosquitos to continue!