I must reluctantly support the United States Department of Justice's lawsuit against California's A.B. 32, which bans all private prisons in California 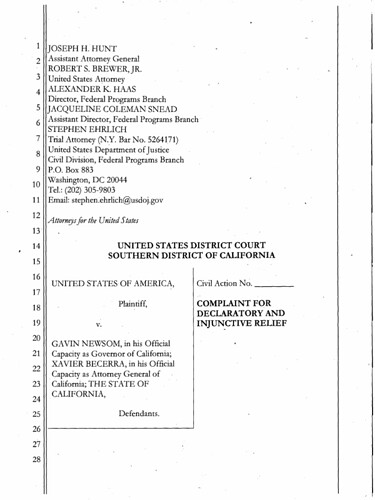 The above link is to the complaint by the Federal Government.

A similar complaint, filed by prison contracting companies, seeks the same object. Likely the two lawsuits will be combined in Federal Court.

I fully, though reluctantly, support this lawsuit. While I agree with the object of A.B. 32, it is clearly unconstitutional.

So profit isn’t everything, eh?

Interesting case. I agree with your assessment and your thoughts on prisons for profit.

So profit isn’t everything, eh?

I never said profit was an absolute. I said it was a basis to determine whether a service is rational to provide.

Because there is a demand for prisons, it is obviously profitable to run them privately.

But that is not necessarily a determinant that they SHOULD be run privately.

Private prisons create a perversion in the Justice system, since of course the more prisoners there are, the more profitable the prisons will be.

I oppose private prisons on THAT basis. Not on the basis of economics.

So public services should not be judged only by their economics? I agree.

So public services should not be judged only by their economics? I agree.

Just to be sure (re: AMTRAK) I think that it should be a significant determinant.