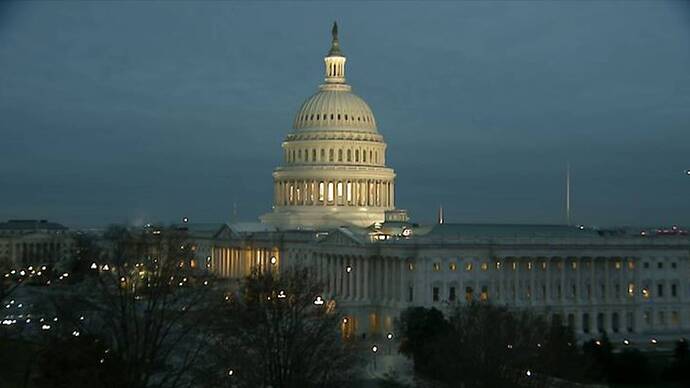 With their time in the majority almost over in the U.S. House, Republicans on Thursday approved a package of GOP tax cuts on a mainly party line vote, using a parliamentary maneuver to stuff a variety of tax provisions – as well as changes to last...

“One of the more controversial provisions is a change to the “Johnson Amendment,” which keeps religious groups from endorsing and contributing to political candidates, a plan GOP lawmakers have long sought to change.”

Oh, I didn’t see anything about how this would affect our debt.

Any word yet on when they’re voting on that huge bigly beneficial Trumpcare plan that will cover everyone?

We need a constitutional amendment that states that congressional bills can only contain legislation pertains to one issue.

GOP desperately trying to bailout their sinking ship by changing the Johnson Amendment. If religious organizations want to endorse candidates and contribute to their campaigns, they can give up their tax exempt status and do so.

Good luck with that. Has about as much chance as a line item veto. Congress loves their pork.

PS: I’m all for repeal of the Johnson Amendment, but not implementing it this way.