Highlights of the upcoming December sitting of SCOTUS

The Supreme Court’'s December sitting will run from Monday, November 26 to Wednesday, December 5.

Issue(s): Whether the 1866 territorial boundaries of the Creek Nation within the former Indian Territory of eastern Oklahoma constitute an “Indian reservation” today under 18 U.S.C. § 1151(a).

This case is of grave importance to the State of Oklahoma and to everybody residing in the Eastern portions of that State, including the entire City of Tulsa. A decision in favor of Respondent Murphy would essentially hand half the State of Oklahoma back to the Indians, as well as dumping a massive **** load of cases from State courts into Federal courts. This is a case where Congressional INTENT is painfully clear, but the plain language of their statutes is not.

Frankly, I could not imagine that the Supreme Court would rule for Respondent, but stranger things have happened.

Issue(s): Whether the Eighth Amendment’s excessive fines clause is incorporated against the states under the Fourteenth Amendment.

Just as it says, a 14th Amendment “incorporation” case. I would think the Supreme Court would rule in favor of the idea that the clause is indeed “incorporated” against the States.

Issue(s): Whether the Supreme Court should overrule the “separate sovereigns” exception to the double jeopardy clause.

Again, very straightforward. I think and hope the Supreme Court will indeed eliminate the “separate sovereigns” exception to the double jeopardy clause.

I think and hope the Supreme Court will indeed eliminate the “separate sovereigns” exception to the double jeopardy clause. 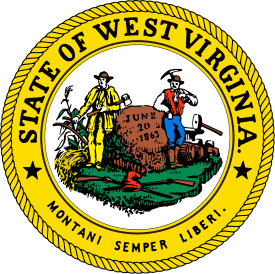 McCulloch v. Maryland turns 200 this March. And the landmark 1819 decision -- perhaps best remembered for Chief Justice John Marshall’s observation that “the power to tax involves the power to destroy” -- continues to cast a long shadow over state...

This discusses yet another case to be heard during the December sitting, Dawson v Steager, to be argued December 3rd.

Scotusblog notes that McCulloch v Maryland, a precedent directly involved in this case, turns 200 years old in March of 2019.

The case involves West Virginia’s comparative taxation of their own law enforcement retirees vs a retired United States Marshal. The Marshal, James Dawson, is the Petitioner in this case.

I expect a ruling in favor of Dawson, which would comport with the precedent of McCulloch v Maryland.

Aren’t the Republicans the party of original intent?

Carpenter v. Murphy: Wow! That’s a bombshell! I wonder how SCOTUS will wriggle out of that one?

As for the Separate Sovereigns dispute, this mainly comes down to joint Federal/State duality. Counties and Towns are not sovereigns. Only the United States and the several States are sovereigns. But it has happened where defendants have been convicted of substantially the same thing in State and Federal Court. Some bank robbers have been found guilty both at the State and Federal level. I believe the Supreme Court will end this practice.

Carpenter v. Murphy: Wow! That’s a bombshell! I wonder how SCOTUS will wriggle out of that one?

You’re right, of course. Still, the decision is going to be…complicated. Essentially, they’re going to have to rule that Yes, the U.S. stole the Oklahoma Reservation from Native American tribes in violation of Treaty and without the Tribes’ consent and gave nothing in return (Eminent Domain), but…well…we’re big and you’re little so we’re just gonna take your stuff 'cause you have brown skin - deal with it.

Its a question of making the ethically just decision versus avoiding the highly inconvenient decision.

Actually, the United States had every legal right to disestablish the reservations. The Tribes had sided with the Confederacy during the Civil War and after the war, the United States made the Tribes sign new Treaties that abrogated the old Treaties and reduced the rights of the Indians.

The Acts of Congress in the years leading up to the admission of Oklahoma in 1907 clearly indicate Congress’ INTENT to disestablish the tribes.

The question before the court is whether Congress’ INTENT is sufficient or whether an explicit statute was needed. There is no doubt Congress intended to disestablish the reservations when they admitted Oklahoma to the union, they simply were sloppy in writing the implementing legislation.