The US economy continues to roar under President Trump and the Republican-controlled Congress, with new data showing manufacturing employment reaching its highest levels since the “great recession.”

This is a companion discussion topic for the original entry at https://www.hannity.com//media-room/great-again-manufacturing-jobs-hit-highest-levels-since-recession/
mytwitt1947 June 6, 2018, 3:38pm #2

More jobs than workers. We can thank 46 years of Planned Parenthood for that. Killing over 60,000,000 potential workers, taxpayers. And citizens. 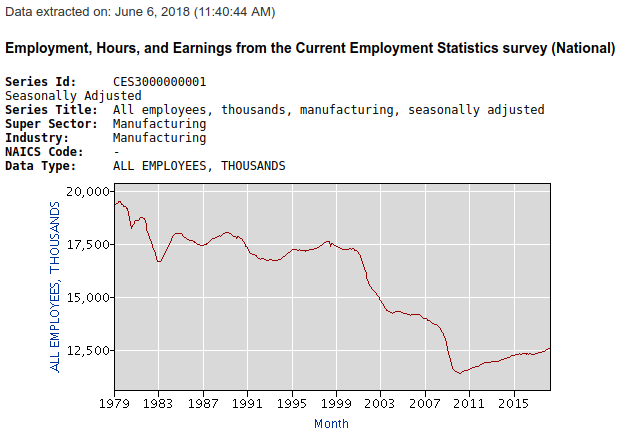 The summary of the BLS report is completely wrong. The 380,000 is the new monthly hires, which is the highest month since the recession. We’re still over a million jobs away from manufacturing employment levels since the start of the recession.