See my twenty two years in uniform and being a United States citizen gives me the right to use that line of attack if I damn well please. If you don’t like it, don’t read it that’s your right, what isn’t your right is to speak for the veterans in Florida! They are plenty capable of doing that for themselves trust me.

Sorry, but your service isn’t a Get Out Of Facts Free card.

How am I speaking for anybody but myself? Huh, I’m not.

You really think the Florida constitution matters? The left doesn’t even obey the US Constitution unless they can use it to strong arm the right.

LOL. You think recounts happen in a left wing vacuum? There are republicans counting with them and looking over each others shoulders every step of the way like a den of thieves divvying up cash after a huge bank robbery.

As to your spending twenty two years protecting freedom, don’t expect to see any denigration of that here. Virtually everyone here appreciates that and there are a ■■■■ ton of veterans here as well, so don’t even bother with that line of attack.

Wasting your time with that one.

Will there be a caravan of Floridians amassing on the Texas Border? Will Texas have to call out the National Guard to protect it’s southern border and with Louisiana and Arkansas? Will there be encampments in Louisiana and Arkansas to hold this horde of Floridians until Texas can case by case make sure they meet the qualifications of being a Texan?

And as Texans, aren’t you concerned with hordes potentially coming from two different directions. And how many illegal immigrant Cubans and drug dealers are going to be coming in this caravan from Florida. And how many Alabaman’s will they pick up along the way to Texas. Will there be street brawls in Texas with clashes between Texans yelling hook em horns and Alabamans yelling roll tide.

This could actually get worse than the real caravan that is still two months away! Texas can’t handle this can they?

Not to mention all the elderly, who will make a giant sucking sound in the social services they will need once they relocate.

[I liked this post by mistake and don’t know how to “unlike” it].
Sorry.

I think you just click on the heart again.

What will happen to Floridians if they throw rocks and bottles at the police?
Yeah…I know.

Thanks…I did and it doesn’t work.

Only in Florida where the biggest export is illegal drugs.

Has anyone here ever run a business?

Has anyone here ever read a balance sheet?

Can you provide ONE instance of a company that relocated because of state taxes on employee income?

Having been involved in founding six companies in this decade, I can assure you that taxes a small part of the equation. One founds a business based on there being a market for your product. One picks a location based on availability of talent and cost, but you cannot go to the lowest cost location if you cannot find the talent you need. Taxes are a cost of doing business – its the market and your ability to differentiate your product that lead to business creation.

The reason so many tech startups are concentrated in Silicon Valley, New York City and the Boston area – all very high tax and high cost of living areas – is that’s because that’s where the talent is.

And Amazon just chose to put 1/2 of HQ2 there and Google is doing a huge campus/work force expansion in Manhattan. 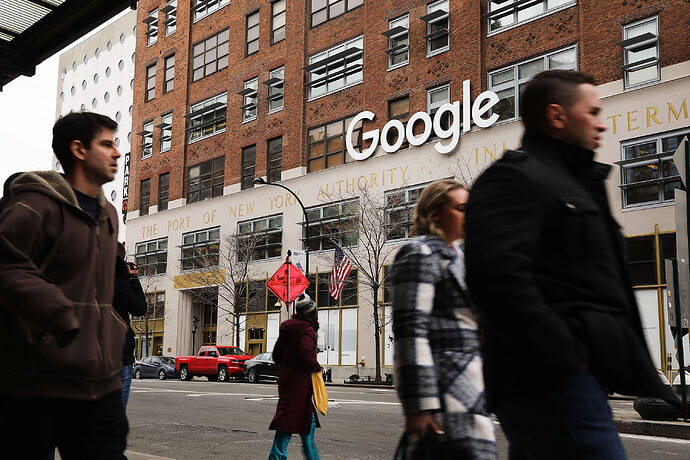 Google will invest $1 billion in a new campus in New York City, the company announced on Monday.

most of the companies that leave due to taxes are those that are only using the state as a corporate HQ,

But then they move the HQ offshore. I start small businesses, we don’t pull moves at that level.

Jesus. It was a joke. I was poking fun at the political picture 23 days ago. I wasn’t serious

Jesus. It was a joke. I was poking fun at the political picture 23 days ago. I wasn’t serious

That’s why it’s important to be serious. It’s too hard to tell when someone is trying to make a joke around here.