Feel-good story, 5 young marines thanks veteran and pay for his meal

I wish everyone was this kind and respectful of one another. Those five young marines were raised right. 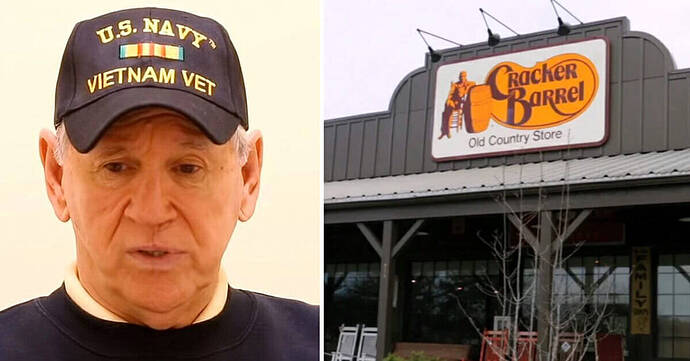 5 Young Men Make Elderly Veteran Cry By Repeatedly Disturbing Him During His...

He fought for them and for their country, and it was now their turn to return the sacrifice.

As Lou and his wife were eating, one of the men approached their table. Lou automatically stood up, noting that he and his friends looked like servicemen due to their haircuts.

He wasn’t sure what was going to happen, but then the young man extended his hand for a handshake and profusely thanked Lou for his service to the country.

But that wasn’t all – the other four men came over to continue thanking him.

They were all Marines and wanted to make that night one that Lou would never forget.

They called for the check, and that’s when the waiter told them that the bill had already been paid for by the young Marines.

On the receipt were the messages “Semper Fi” and “Oorah”.

Not saying this didnt happen but a quick google search shows this story popping up on obscure websites since 2016.

The way these stories are written always give me pause for thought (not the content but the construction). Plus they always ask you to share on facebook.

Hat’s off to the young men.

Anytime I travel and have a layover in an Airport I try to find some young service members traveling in uniform and try to buy their lunch or dinner as a thank you for their service.

We owe them a whole lot more than they will ever owe us.