The root of his speech was about the rise of nationalism and it threat to the world both in America and Europe.

Emmanuel Macron may be known in the US for his close relationship to President Donald Trump, but in his address to Congress on Wednesday, the French President took aim at several key points of Trump’s agenda.

Speaking before US lawmakers from both the Senate and the House, Macron pressed the United States to engage more in global affairs, contrasting with the steps the Trump White House has taken toward isolationism since he came into office. Macron also pushed the US to rejoin the Paris Climate Agreement, which Trump announced his country would leave last year, and made the case for supporting the Iran nuclear deal, which Trump has sharply condemned. 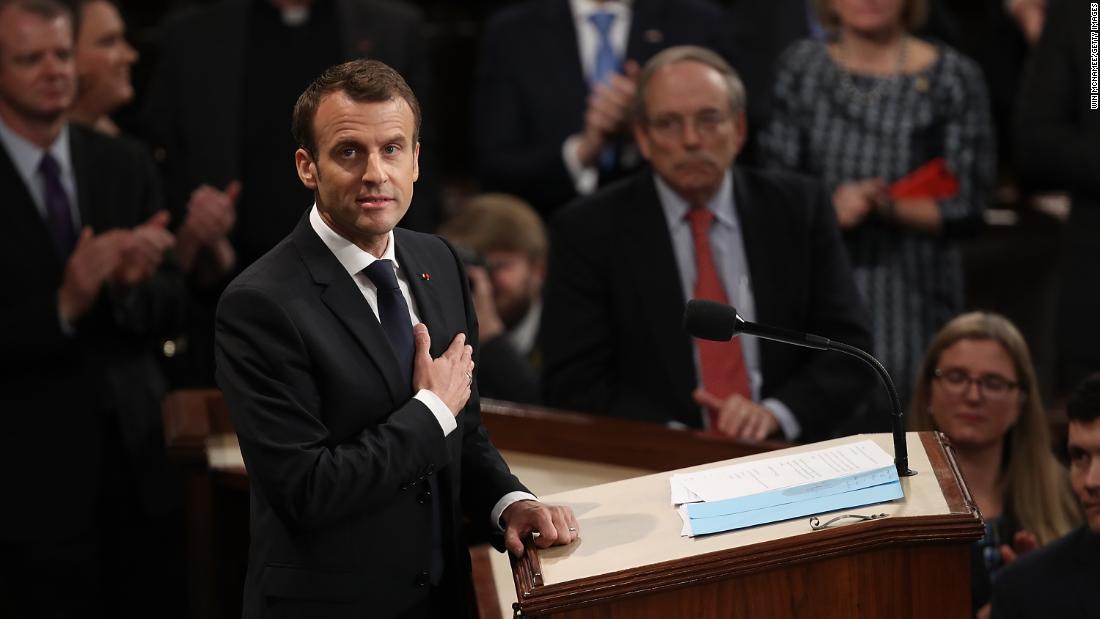 Macron takes aim at Trump agenda in speech to Congress

Emmanuel Macron may be known in the US for his close relationship to Donald Trump, but in his address to Congress the French leader took aim at Trump's agenda.

No twitter response from Donald as yet. Right now he’s still all squishy from the love he got from Kanye.

I heard most of the speech but got tired of listening to the you should be more like the EU nonsense.

The response should not just be no but hell no.

It probably won’t be obvious to the Trumpkins, but countries like Germany, France and China are horning in on America’s place in the world because of the incompetence of Trump. Instead of making America great what will happen by the time he leaves office is that America will not be the superpower it has always been. But Russia will be. Thanks La Donald.

A world govt is not liberty at all…

This is false. It depends entirely on the policies of such a government.